Countdown to trip to Ireland August 2018 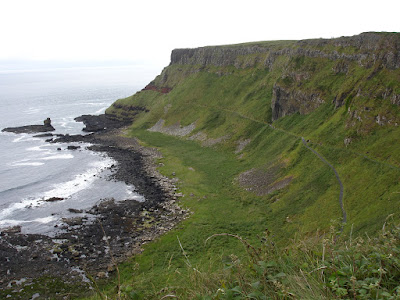 Last year was an exciting year for awards. Sofi's Bridge won the RWA Readers Choice Award and Finding Sarah Finding Me won Canada's The Word Guild Award, and was also a finalist for the Blue Ridge Mountains Selah Award. But this August 2018....

Yes, whooohooooo!!!!!  I'm going to Ireland for the entire month of August to research my current work in progress.

July 26 is the big day, and I'm so excited to be flying back for only my third visit to N. Ireland since we immigrated in 1962. I'll be sad to be leaving hubby at home for an entire month, but happy to be accompanying my niece Kristen for our month long holiday seeing as much as we can.

It'll be a trip to visit family, yes, but in addition I really want to focus on this longer trip to soak up my homeland. I want to take long strolls down the streets, and along the Antrim Coast, visiting all the tourist spots, but also the ordinary. And of course researching for my current book in progress which is set in Ireland.

For a long time I've wanted to write a book set in the beloved land of my birth--Ireland. More accurately, Northern Ireland. Lots of people have no idea that Ireland is similar to India in that it too was partitioned into two separate countries. There is the Republic of Ireland which fought for and was granted independence in 1922, but at a cost. The six counties in the north remained part of Great Britain and were called Northern Ireland. The reason for this was that the population at that time in those 6 northern counties wished to remain part of Britain.

As an person born in N. Ireland, I've struggled with the question--am I Irish? Or am I British? The truth is, I am both. This personal dilemma sets up loads of great plot ideas for my characters from the time of the Irish Rebellion against England in 1916 and up to present day, including the many different Irish "Troubles" over the decades. 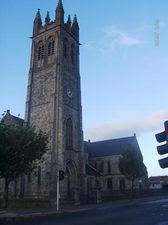 Now, back to my preparations for the trip.

I did a bit of research this morning and found the church, St. Patricks Ballymacarret Parish Church in Belfast, that I was christened in as a baby. This is one of the places I want to attend church when I'm there in August.

Very pleased to be able after all these years go go home to Ireland and spend more than a very rushed 2 weeks like I have in the past. 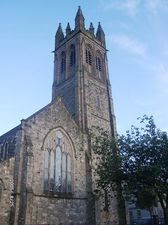 Posted by Christine Lindsay at 9:02 AM