ADOPTION or "NORMAL" ISSUE...That is the Question -- by Adoptive Mom Melissa Corkum

We have six kids. The first two share DNA with my husband and me. Next we adopted a toddler (younger than both of our first two children) who was born in Korea. Our last three are all from Ethiopia, unrelated, and are older than all of the other kids. That’s the short version. Click here for the longer narrative. I’m not sure about you, but I’m a visual learner, so here’s what I would need to see to understand our family :) 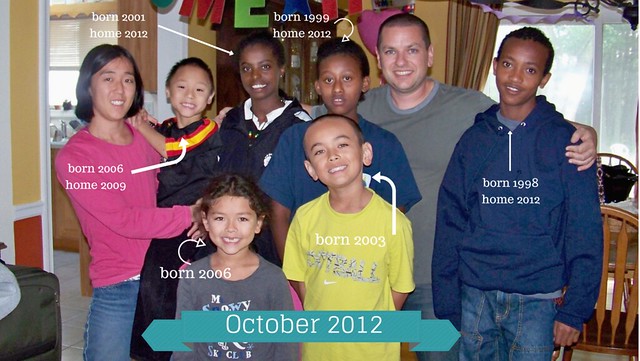 Between all of the kids we have individuals who have special needs, are neurotypical, from hard places, young and fun, teens, young adults, securely attached, and every combination in between. When it comes to navigating challenges with the kids, it’s easy to get bogged down in analyzing whether the challenge is due to how they joined our family, an age and stage, or some other mitigating factor. Back in 2012, before we traveled for our Ethiopian adoptions, we became parent trainers for Empowered to Connect which is a trust-based parenting paradigm that was designed for children from hard places. It recognizes that kids from hard places have altered brain chemistry that changes the way they process the world. Additionally, it puts your relationship with your child as the priority and provides practical tools for guiding children to a place of nurture, safety, AND respect. It gives them the benefit of the doubt that often they are defiant because they can’t rather than won’t, but does not give them permission to disobey or be sassy. While the parenting principles we learned were specifically designed for kids from hard places, we think that the principles are actually great rules to live by in all relationships. We started seeing people’s actions as communication about their anxiety, stress-level, or relational history. This paradigm shift has actually changed the way we see and relate to everyone around us—not just our kids from hard places. Once we established this foundation for how we view relationships, the distinction between adopted or not, special needs or neurotypical becomes a non-issue. Before we handle any situation with any of our kids, we try to tease out what the underlying emotions and feelings are and plan to respond in a way that supports them and demonstrates that we’re on their team as a family against the situation rather than pitted against each other as parent vs. child. So what does all that mean?!?! Or look like in real life?!?! It means that we see “bad” (I prefer “maladaptive”) behavior as communication. Rather than punishing it and hoping it changes, trust-based parenting challenges you to dig until you understand what is going on at the root of the behavior, problem-solve and create structure to support your child, and compassionately guide your child into a healthier way of communicating. Whenever possible, we try to use humor and playfulness to de-escalate a situation (or prevent it from escalating in the first place). 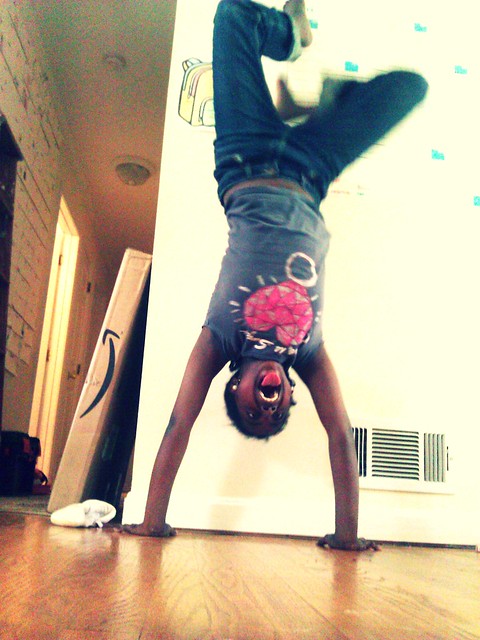 We use the script, “You may repeat and obey or ask for a compromise.” If a child flat out refuses to do something, we just remind them that disrespect isn’t an option but they may use words to ask for a compromise. The key here is to be able to let go of your idea of how something was going to go long enough to entertain a compromise. I found that I was demanding my kids stop what they were doing to do a chore because I was afraid that I would forget if it didn’t happen right then. When we started letting them compromise on when the chore would happen (for example, after their show was over or when they hit a check point in a game) and setting an alarm so we wouldn’t forget, we solved a lot of control battles over chores. When a child is guilty of an act of commission, we try to use the wording, “Tell me the story of what happened when…. Promise to tell me exactly what happened?” This phraseology seems to be less likely to put a kid on the defensive where they are tempted to lie. I often have to say, “What happened before that part?” to get more of the full picture. Then we brainstorm ways to support our kiddo so it doesn’t happen again. Usually it’s a form of more supervision, so they can have more practice making the right decision. Consistent poor decision making in a situation tells you that your child is not ready for that situation…even if the world seems to think he should be. I won’t lie. This was a HUGE paradigm shift for us, and one we’re still battling. However, as counterintuitive as trust-based parenting is against how hubby and I were raised, we’ve seen it work again and again. Additionally, our first neurotypical child is soundly in teen territory, and we can already see how trust-based relationship tools are paying off. 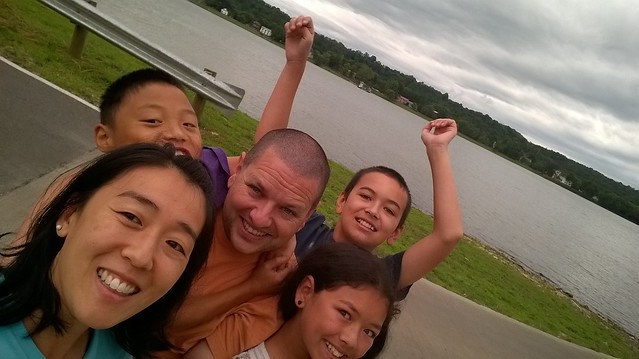 We’d love to connect with you at our blog, or on Facebook, Instagram, or Twitter. For more practicals on trust-based parenting, check out www.parentingwithconnection.info. ᐧ
Posted by Christine Lindsay at 11:15 AM