There are many ways to lose a child. While I lost mine to adoption, my guest today, Susan Stewart, talks about losing her son to mental illness. 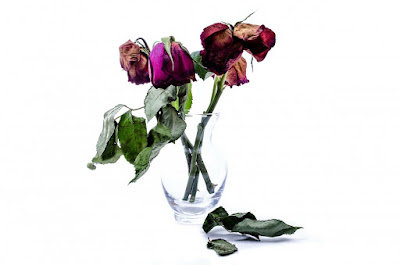 Grief of any kind is horrible; so horrible we often deny the cause of the grief or the grief itself. When a family member is diagnosed with a mental illness, like a death, everything changes. The future we had planned, dies. As with any death, a grieving process is necessary to move forward.
We were thrilled, and worried, when our son impulsively enlisted in the Marine Corp. We wondered whether he could make it. His recent history didn’t bode well for success. For several years his behavior had been so out of control, we thought it was rebellion. My mother’s heart though, knew something else was wrong. I prayed this latest impulse would be the start of something new, a new future.

I remember vividly when I saw him marching toward us at boot camp graduation. He had made it! I thanked his drill sergeant for giving me my son back. At Marine Combat Training, he received commendations and a meritorious promotion. My prayers were being answered.

About a year later, my son was in jail and discharged from the Corp. What a let down. The future I thought he was going to have was gone. The son I thought had been restored, gone. All hopes and dreams, gone. What had made yet another drastic change? Mental illness.


I learned later, I needed to grieve not just the loss of the son I had had, but the future the entire family had hoped for him. This grieving, grieving the future, has the same steps as grieving a physical death: denial, anger, bargaining, depression, and acceptance
Often the denial can be simply ignoring the diagnosis or it can be a lack of knowledge and misunderstanding of mental illnesses. It often is viewed as a character flaw rather than the biological illness it is.
Eventually I tried to bargain with my son. I tried manipulation to get him to “be well” and start over in the Corp. All the while, he was spiraling further into the depths of paranoia and delusions, symptoms of his illness.
During the various phases, I cried out to God. God, tell me, show others, this isn’t true. God, how could you let this happen? God, if you will heal my son’s brain, I will … God, I can’t take this any longer. I’m a failure. Why did you leave me? God, you are not wrong; I am. Use me.


Today my son still has a serious mental illness. He has learned to manage it, has a good job, and is a successful person. He did it all without me manipulating him or the situation.
God provided a way through the grieving. He carried me through the steps to his good plan. I can now serve him by helping others through the grieving process, even when they don’t know they are grieving.


Do you have a friend or loved one suffering with a mental illness? Join Shattered Lives Facebook support group. Contact me at susan@practicalinspirations.com for an invitation. 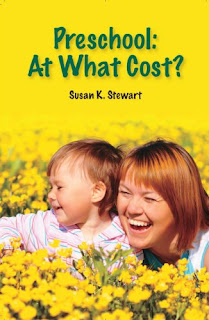 ⇐If you wish to purchase the Kindle version of her book Preschool: AT WHAT COST?, look for the link on the left bar, and purchase through my site.

When she’s not tending chickens and peacocks, Susan K. Stewart teaches, writes, and edits non-fiction. Susan’s passion is to inspire readers with practical, real-world solutions. Her books include Science in the Kitchen and Preschool: At What Cost? and the award-winning Formatting e-Books for Writers.
⇐ ⇐ ⇐ ⇐ ⇐ ⇐ Look on left bar for to purchase Kindle version of Susan Stewarts's book, Preschool: At What Cost?