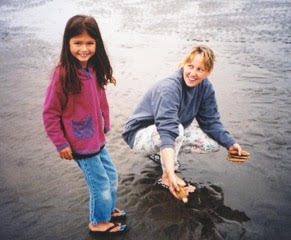 My guest today is multi-published author of fiction and non-fiction, Dr. Sandra Glahn. It's a real honor to have her as a guest.


ASD and Me by Dr. Sandra Glahn.

When my daughter was 17, she was diagnosed with ASD (Autism Spectrum Disorder). She was relieved. Her symptoms finally had a name. And she wanted us to tell people so they could understand why she acted as she did.

Most kids figure out at an early age that a relationship exists between cause and effect. Ours did not. Most kids eventually catch on that they want to avoid time out. Ours simply added to her crimes by running out of the corner. And because of her difficulty connecting cause and effect, all the textbook ways of disciplining based on logic—forget it. Not for this girl.
When she was little, she hated tapioca—the mushy texture repelled her. She liked her food crunchy. So she scarfed up carrots and cucumbers and had to be coaxed to consume calories while other kids’ parents were trying to get their littles to back off the ice cream. At a party once, all the mothers in the room stopped and stared because they heard me say, “You may not have one more carrot until you finish your cake.” They were expecting me to add, “Said no mother ever.”

When my mom visited once, my daughter made her move out of the recliner in front of the TV because “that’s my space.” Someone later explained to me that asking a kid with ASD to share that chair was like someone asking me to share my bra or my toothbrush.

Once when she finished watching, really enduring, a movie with us (she hated watching TV when she was little), we asked what she thought of the story. She said, “It had a lot of green in it.” It was as if she had experienced the narrative not as a sequence of events, but as individual frames. No wonder movies bored her.


All these unique ways of seeing the world and relating that had caused so much family conflict finally made sense when they had a name. At the time of her diagnosis, they called it Asperger syndrome or Asperger’s, but the appropriate title these days is ASD—Autism Spectrum Disorder. ASD is the umbrella term for a group of developmental disorders that include a wide “spectrum,” of symptoms. My daughter is a genius on the violin, knows the names and birthdates of movie stars and their kids, and excels at hacking into computers. But she, like most people with ASD, has profound social challenges, including a seeming lack of empathy.


When the geneticist who diagnosed her met with us, he said, “You have been wonderful parents,” at first I was stunned. Then I wept openly. I hadn’t realized how much doubt was telling me, “Surely that many experts can’t be wrong” while over and over I’d felt I had no choice but to go against conventional wisdom. But sometimes a parent just knows.

One of the things I’ve learned through our family’s experience is that “one size fits all” is lousy parenting advice. And it’s easy to judge others’ parenting if you lack some important facts. In most homes, telling Grandma she’s in your chair is grounds for serious consequences. As well it should be. But my kid can’t seem to learn better. So it’s going to look to other people as though we’ve raised her to be a narcissist. But sometimes being a good parent means you have to accept that you’re going to be misunderstood. 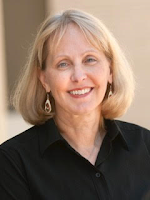 Dr. Sandra Glahn is not only a multi-published author of Fiction and Non-fiction, she is also the owner of Aspire Productions. A professor in the Media Arts & Worship and Pastoral Ministries departments at Dallas Theological Seminary (DTS), she is the author or coauthor of more than twenty books. She also blogs every other Tuesday at bible.org.
Link to Sandra Glahn's Book Page 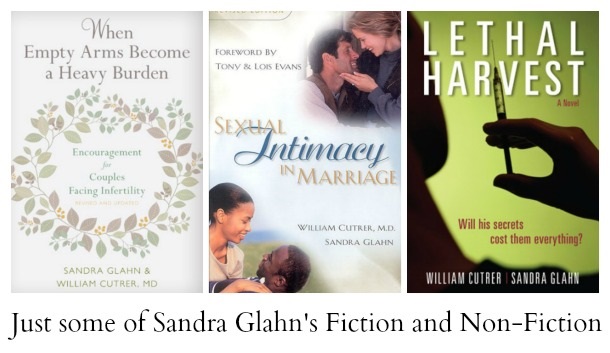