My Adoption Was an Answer to Prayer by Guest Author N. J. Lindquist 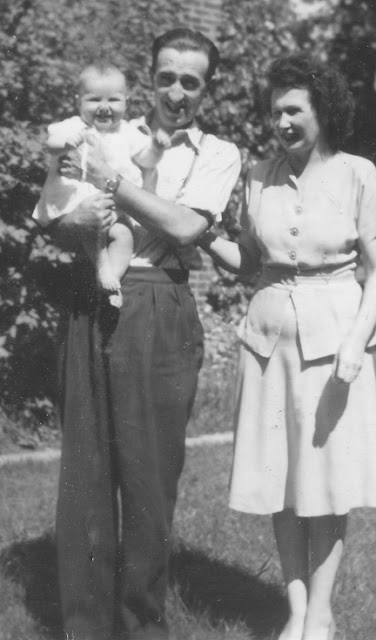 I was four years old when my mother told me I was adopted. I had very little idea what she was telling me, but she read a book to me about how parents sometimes can’t keep their babies, and how God has to find other homes for the babies. She ended by saying that God had chosen her and my dad to be my parents. I’m also pretty sure my paternal grandmother gave her the book.
I nodded and that was that. Seriously, I was content that God was looking after me and everything was okay.
Oh, as I grew older, I had a vague awareness that, unless I’d been given up for adoption because they had died, I must have another mother and father somewhere out there.  But I never worried about it and I didn’t feel a desire to track them down or ask for explanations.
When I was in my teens, I occasionally wondered if I might know my mother. Perhaps she was a relative who had been a teenager when I was born.  A few times I wondered if I might be related to someone famous, like Elvis. And he’d find out and come to see me. That would be cool. But I knew that was just a silly daydream.
When I became an adult, I thought about looking for my birth parents, but I never did. For one thing, I had four active sons who kept me busy. But also, as an only child, I was the one who had to look after my parents as they aged. I shuddered when I thought of being responsible for another set of parents.
But more important, the older I became, the more convinced I was that God 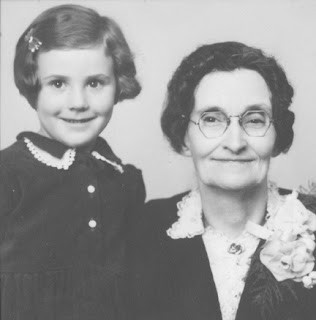 really had put me where he wanted me to be.  While my parents believed there was a God and kind of left it there, I’ve known since I was a young child that you can have a relationship with him. My paternal grandmother and several other members of my father’s extended family were devout Christians who shared their faith with me, and since I was three or four, I’ve never once doubted that God loves me and put me exactly where he wanted me.
But then came the day when my first grandchild was born and her dad, my oldest son, asked if I knew my family’s medical history.
I came to earth with a thud as I realized, for the first time, that the story of my birth wasn't my story. It was also my sons' story, and my grandchildren's, and their children's.
I contacted Parent Finders, and they told me how to contact the Post Adoption Agency in Regina. Within a short time, my birth mother and I were in contact. She lived across the country from me, so we didn’t meet right away, but we talked by phone and email.  She told me who my birth dad was, too, and I was able to meet him.
Their story was one that’s been repeated many times. Two young people, not ready to start a life together, never mind a family. A Salvation Army hostel for unwed mothers.  A married couple in their late thirties who were unable to have a child. An agency that served as the go-between.
The sad part is that my birth mother was given no choice, and she was devastated when she had to say good-bye to me. But in the end, my birth was the catalyst that caused her to turn to God, and that led to her meeting the man she eventually married and having six children with him.
My birth father also married the right woman for him, and they had three children.
My father passed on before I met my birth family, and my mother was alive but unaware. However, both of my parents came to know God personally before their deaths from lung cancer and dementia.
Looking back, I’m so glad my son asked me that question, and that we now have relationships with members of my birth family. But, mostly, I’m glad that God took what could have been a bad situation for all concerned and turned it into a very happy one.
You might be wondering at my title; how was my adoption an answer to prayer? Just this:
·        My paternal grandmother and several of my father’s siblings and spouses prayed for my parents and me as long as they were alive.
·        My birth mother prayed for me every day of my life from when I was only a few months old.
·        My mother-in-law prayed for the woman her son would marry from the day he was born.
·        My husband also prayed for his future wife-to be.
I first heard the words of Psalm 139:13 when I was young: “You formed my inward parts; you wove me in my mother's womb.” I’ve always felt those words were written for me. And because of them, I’ve always believed that my parents needed me as much as I needed them. I was an answer to prayer.
Copyright N. J. Lindquist, 2016. 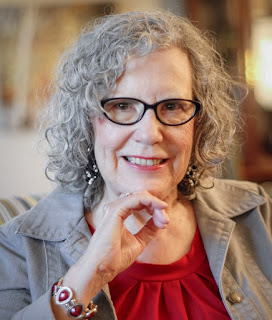 N. J. Lindquist is an award-winning author, empowering speaker, and experienced writing teacher.  Originally from the Canadian prairies, she and her husband Les have lived in Ontario for more than 30 years.
If you’re interested in learning more details of N. J.’s story, check out her website where she’ll be blogging about her adoption and other stories. You can also get a free ebook. http://www.njlindquist.com
Posted by Christine Lindsay at 10:36 AM