Man of the House by Guest Author Linda Sammaritan 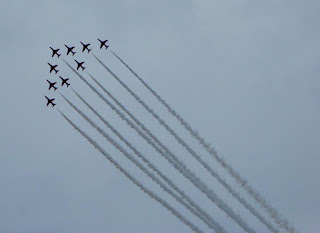 In 1967, the U.S. Air Force lost a horrific number of fighter pilots in Vietnam. On the home front, their wives learned to balance the checkbook, take care of the property inside and out, make dozens of solo executive decisions every week, all the while maintaining a calm exterior to the rest of the world.

Man of the House by Linda Sammaritan

Dad placed his hands on my brother’s shoulders and looked him straight in the eye. “You’re the man of the house, now.”

And then he shipped out for Vietnam.

I didn’t mind that Dad had bestowed this singular honor upon Doug. Really I didn’t. As the oldest, and a girl, the title of “man of the house” didn’t fit me. Besides, Dad had made it clear, all four of us were expected to help Mom, even Tricia who was only two.

Mom said he was adorable, taking his job so seriously. He sat in Dad’s place at the dinner table. He decided when the lawn should be mowed and insisted that Mom take him to the filling station to top off the five-gallon gas can. Now. And she would.

When a boy dropped by the house to hang out with me, Doug didn’t allow me out of his sight. If we watched television in the den, Doug watched with us. If we went for a walk, he followed us down the block. After a couple of months, I was sick of him.

Steve was mad, too. Instead of the normal big brother banter, Doug ordered him around like a general with the troops. “Rake the leaves along the driveway.” “Make sure you’re home before six.” Sheesh.

Mom stopped thinking it was cute when he tried his parenting skills on Tricia. Grandma and I were clearing plates from the table after dinner while Mom scooped ice cream at the kitchen counter.

Tricia, who had been diagnosed as profoundly deaf, was trying to communicate something to us. We couldn’t understand what she wanted. In frustration, she threw her hands into the air – and clipped her glass of milk on the upswing.

Doug slammed his fist on the table. “Tricia!”

She did feel the vibration through the table, though, and she could see the ugly expression on his face. Her own face registered shock as she realized his anger was aimed at her.

“Bad girl. Look at this mess.” Doug pointed to the puddle of milk and the soggy paper napkins that hadn’t kept up with the flood. “Go to your room.”

He started to lift Tricia from her chair when Mom intervened shaking the ice cream scoop in his face. “Douglas James Geib, what do you think you’re doing?”

“She got mad, and she spilled her milk.”

“I’m---” He stopped and looked from Mom to Tricia. With a puzzled expression, he settled Tricia back in her chair and returned to his seat.

Mom set the dripping scoop on one of the remaining dirty plates. Her voice gentled. “You’re trying to be the daddy, Doug. And you’re not. And that’s okay.”

Doug frowned and opened his mouth to object.

Mom spoke first. “I appreciate all the man’s work you do. You help out whenever I ask. You and Steve and Linda. I can’t think what I’d do without all three of you helping around here.

“But only your dad can be Tricia’s daddy. Nobody else. And you’re Steve’s big brother, not his father. You’re Linda’s little brother, not her appointed guardian.” She walked around the table to where he sat. Placing a hand on Doug’s head, she ruffled his hair. “I have no complaints on your brother skills. Keep being a good brother. You don’t have to be a father.”

Doug looked down at his plate. His lip quivered. “May I be excused?”

“Certainly.” She squeezed his shoulder, and he almost ran from the room.

Mom looked at me and Steve. “You’re excused, too. We’ll save the ice cream for later.”

We shuffled out of the dining room, not sure what to say or do. I wondered what Tricia was thinking. Whatever she had wanted to tell us never got communicated.

Grandma mopped up the rest of the milk with some kitchen towels. She hadn’t said a word. As I walked out, Mom asked, “Did I do the right thing?”

Grandma murmured a response that faded as I headed upstairs. “He’s a good boy, but he can’t take on the burden…” 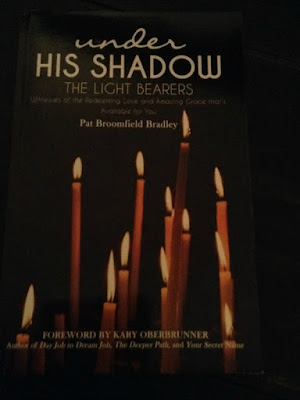 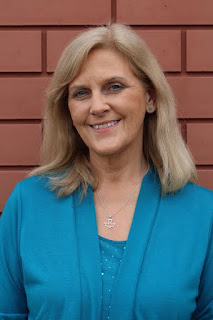 While her sons were small, Linda Sammaritan enjoyed writing magazine articles. Now a retired teacher, Linda has begun a new adventure writing in a digital world. She is currently working on a middle grade novel based on growing up with a deaf sibling.