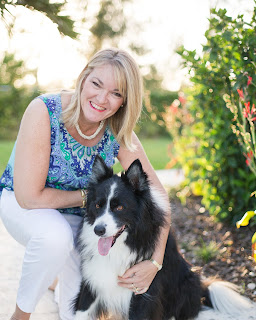 My guest today is fellow author and friend Cathy West. Cathy and I met through ACFW, and soon discovered that both our lives had been touched by adoption. When it came time to write my book, I wanted Cathy to be one of those authors to share their adoption reunion story. Below is a short version of the piece she wrote for the book Finding Sarah Finding Me.


And now for, YOU DON'T KNOW ME by Cathy West

There was a time I thought I didn’t need to know the truth about where I came from.
Until one day I did. Click HERE to tweet this.
It was an overpowering sense of need, a keening, really, to find answers to the questions I’d secretly been asking all my life. Questions that used to frighten me and stir up confusion and feelings I didn’t know what to do with. Questions I felt guilty for wanting answers to.
Now in my thirties with two children, I had to find the courage to start asking. I also needed to accept that I might not get any answers. Or the ones I wanted.
It’s said that some adoptees often fantasize about the story of their birth. They create a mythical mother and father, a fairy tale with a happy ending. I never did that, never felt the need to. I had a wonderful life, two loving parents, and I lacked for nothing. Yet deep down, as I soon discovered, there was a side of me I’d been ignoring.
The child who cried herself to sleep on nights when Mom and Dad were out, terrified they wouldn’t come back…the schoolgirl who wore the badge of adoption like a gold star, almost ashamed, not wanting to be different…the young teen who looked in the mirror and wondered whose eyes stared back at her.
For that girl to ever grow up, I needed to do this. To face down closed doors weathered with age, bolted shut with locks so rusted it would take a miracle to open.
But that’s exactly what I got. A miracle. I can say without doubt that every detail of my search and reunion was just that¾a God-ordained miracle¾even the painful parts. And there was pain. More than I could have anticipated.
Once my birth mother was located, (alarmingly easily), I decided to write her a letter. I had all her contact information, including e-mail and phone number, but I had no idea what I was getting into or who I was introducing myself to.
No reply came, and family and friends were understandably cautious. I should have been wary, but I was too consumed, too driven by an inexplicable innate need to know. I had to know. So I threw caution to the wind and fired off an e-mail. Fully justified of course, because if she wasn’t the right person, didn’t I need to know that?
She was.
The first e-mail I received from my birth mother was not flowery, not gushing with joy at my having found her. It was a simple statement of the facts. My letter was a shock to her, I had nothing medically to be concerned about, and she was not in a position to acknowledge me.
But, but… You don’t even know me! I wanted to scream. Tell her I was no threat, I was a good person, a woman of faith, successful, married to a wonderful man with two amazing kids that shared her bloodline. But she was clearly not interested. And I was stunned. Because, in all my agonizing over whether searching was the right thing to do, it never occurred to me that the woman who gave me life might not want to be found. Click HERE to tweet this
I don’t give up easily. Not when I really want something. And I really wanted to know her. To know her story. To know mine. They say be careful what you wish for. They’re right.
Eventually, we established a somewhat tenuous e-mail relationship. I liken that time now as to being an addict¾so desperate for the next response, longing for that cold exterior to crack, praying for her to move past conversations about the weather. For her to give me the answers I pleaded for.
Through all the pain, confusion and heartache, it was sometimes hard to remember God was in this. Friends carried me along on prayers and hugs and shoulders to cry on. Some days it felt like being rejected all over again. Being held at arm’s length, only allowed a glimpse into the life of this stranger who’d chosen to give me life when she could easily have taken another path.
A year and a half into this strange, surreal relationship, she lowered the shield. I discovered I had a half-sister, nieces and a nephew.
And none of them knew I existed.
My birth mother wanted to keep it that way. Click HERE to tweet this
So I had another choice to make. All my life I’d longed for this, a sister to share secrets and joys and sorrows with. But did I have the right to barge in on her life? Did she have the right to know me? My birth mother thought not.
God disagreed.
In the end, I was given what I did not deserve. Now, eleven years after the fact, my sister and I know we were part of a grander plan. A course set out for us from the beginning, paths that would eventually merge like they’d never been parted.
Perhaps the bigger miracle was the day I stood in my birth mother’s living room, met her eyes, identical to my own, and watched her come toward me, arms outstretched. It was the first and last hug I received from her, as she died five months after our first meeting.
But all things come full circle, and I believe she got the closure she needed. So did I. And I received so much more…inner peace, puzzle pieces that finally fit together, and new family members to call my own.
God is indeed, very, very good

INSPY Award-winning author Catherine West writes stories of hope and healing from her island home in Bermuda. When she’s not at the computer working on her next story, you can find her taking her Border Collie for long walks or reading books by her favorite authors. She and her husband have two grown children. Catherine’s novel, Bridge of Faith, won the 2015 Grace Award. Her new novel, The Things We Knew, releases July 12th, 2016, through Harper Collins Christian Publishing.
Catherine loves to connect with her readers and can be reached at Catherine@catherinejwest.com

Posted by Christine Lindsay at 12:35 PM