The Difference between Life and Death by Guest Author Loree Perry

My guest author today, Loree Perry is doing a Giveaway of her Ebook Touches of Time. To enter this draw, leave a blog comment below and spell out your email address. 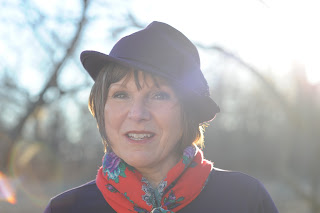 In a recent morning devotion, I read, “…tell the difference Jesus has made in your life.” The first thing that came to mind was how I dealt with the deaths of my parents.

My father was murdered when I was twenty-six, seventeen days before my son was born. Three years later, my mother died of acute alcoholism.

Jesus called me to Himself In between those two events. The difference in how I went through those times comes down to a matter of the soul.

Readers can imagine the shock of a father hit in the head and left in a ditch. (Dad’s case remains unsolved.) The family was aware of Mom’s drinking afterward, and empathized. At the time, intervention wasn’t popular. Drinking was something still held behind closed doors and not talked about outside the family unit, though the whole community was aware.

I grew up attending church and understood I was a sinner. My mistaken view of end-of-life eternity at the time can be wrapped up in the misperception that at the point of death I’d ask to be forgiven, and then I’d go to heaven.

The grief I experienced following Dad’s death has no adequate adjectives. Most of what happened passed in a numbing cloud of my conscience being somewhere else. However, God made Himself known. It rained the day of Dad’s funeral. Afterward, a rainbow appeared in the sky, arced over his grave in the distance.

My energy the rest of the year focused on infant care. When the baby was six months old, my husband fell off the roof and crushed both heels. The only comfort I received came from a paperback New Testament I found in the hospital waiting room.

Once he recuperated, an obvious lack of joy pressed in on me.

A week shy of the first anniversary of my father’s death, I was invited to a luncheon. The speaker that day made me aware of my blessings. She also presented Jesus as an ever-present Friend, Someone I had access to, and Who was missing from my life. I acknowledged His existence, admitted I needed forgiveness. I believed in what He accomplished on the cross. I prayed, gave myself to Him, and knew instantaneously that the Holy Spirit lived within my heart and soul.

My sister also came to saving grace through our Lord before Mom died. We went through the experience of her death as different people. Although Mom had an addiction, she’d told us that as a young teen, she’d come to believe in Jesus Christ as her Savior.

The difference in knowing Christ comes down to a matter of life or death.

I was lost when Dad died, then I was found.

I was damned…then I was saved.

I was no longer hell-bound…but gained the assurance of heaven. 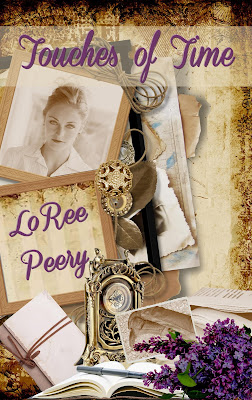