To Mourn The Living-- by Guest Author Patricia Ann Barbe

My Guest Author today, Patricia Ann Barbe, is doing a Giveaway of one paperback version and one Ebook version of her book Mourning the Living. Leave a blog comment below, and spell out your email address, so I can contact you if you win one of these two books.

TO MOURN THE LIVING by Patricia Ann Barbe 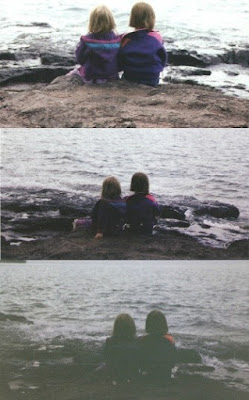 I walked out the door of the business where she had worked. It was the first time I had tried to see her. She was over eighteen now, so it was okay.  All I wanted to do was to touch her hand and look into her face and say “Honey, you have a sister. Today is her birthday. She has two children. Kaylee, you have a beautiful little niece and nephew.” Then I would show her a picture of them.

But she wasn't there.

Tears covered my face.  I had no clue where she was and no way to find her.

I had not seen my Granddaughter Kaylee since she was four-years old, the end of October - fourteen years ago. She had clung to me, arms and legs wrapped tightly around me, screaming, “No, Grammie, I don’t want to go” I had carried her to the car, kissing her beautiful face, promising her I would see her soon. She was ripped from my arms. I never saw her again.

Kaylee’s mother and family were heavily involved in witchcraft. Her family wanted me out of Kaylee’s life. Their influence made Kaylee’s mother believe we were evil and trying to take Kaylee from her.  The result was a betrayal of such magnitude that it totally devastated our entire family.

Mid-November police knocked on our door, handcuffed me and charged me with sexually abusing my four-year-old granddaughter, Kaylee.  I was put into the back of the patrol car, whisked off to jail where I was photo’d, finger printed and put into a cell.  The pain of what was happening as this nightmare unfolded was unbearable. Surely a mistake had been made; how could something like this happen to someone like me?

I was a sixty-year-old Grandmother whose main goal in life was family. Everything I had ever believed in and stood for was pulled as quickly as a rug from under me.  I had been betrayed not only by someone I had loved deeply and trusted, but-by the entire world as I knew it and . . . . by God. I didn’t understand how He could let such a thing happen. We were good people. We went to church when we could, brought our kids up in church, took them to Sunday school. I prayed when I needed to.

If someone had asked me if I were a Christian, I would have said of course. Did I have a relationship with Jesus Christ? I didn't even know what that was. Read the Bible? I didn’t own one. But, even so, how could God allow such injustice to occur, to good people?

After being released on bail, a friend came to my home and put a Bible into my hands, I had no clue where to even start reading it, but I knew it was what I needed.

The next years were the most devastating years of my life. I pulled away from everything and everyone. Family, friends… even my husband. I pulled tightly into myself.  My grief was so deep there was no room for anything else; nothing but intense hatred and revenge for what had happened to me and a fear like I had never known. In spite of these feelings, I knew I needed God. I felt that if I found him, he would make right what had happened; he would validate my hate and my anger, restore what I had lost

It would take eight years of brokenness, tears and further devastation before I learned to allow Jesus to work in me. The Bible talked about love and forgiveness. How could I forgive? Anger, hatred, revenge, unforgiveness; these were what was keeping me alive.

Little did I know how powerful this “Word” was or how it would drastically change my life.  It took a long time, but, this precious book has become the most prized possession I have. I cannot even begin to imagine a life without it, nor would I even want to. He does not promise to give us a life without trial, quite the opposite.  But he does promise to give us the love, strength, endurance and patience to get through those trials.  All we have to do is ask and then trust he will do as he says.

Nothing has ever been settled or changed from the incidents that occurred back then. When asked if I would change things if I could bring back all that I had lost, I did not even have to think about my answer.

“NO, not if it meant giving up my faith, not having Jesus Christ in my life.“ I would give my life to change it, but not the faith that has risen out of it.

Patricia Ann Barbe, lives in the Upper Midwest with her husband of 53 years. Their home overlooks a large wetland and is surrounded by nature and God’s beauty. She loves the seasons, especially gardening in the summer digging in the dirt to make it ready for planting, moving and transplanting.

Denielle and Gramma reunited after four and a half months 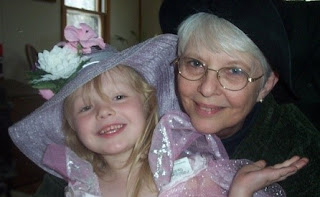 From To Mourn the Living reference page 106
http://patriciaabarbe.weebly.com/book.html

Top picture reference page 30 To Mourn the Living – Kaylee and Denielle the last time they were together. 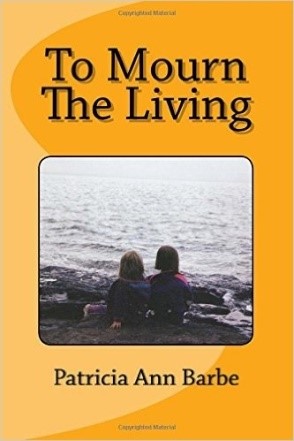