Today's guest author is Niki Turner, who is doing a Giveaway of her Ebook Santiago Sol. To enter this draw, leave a blog comment below. Tweet or share on FB, or Pinterest and let me know in the comment section below to have your name entered more than once.  TWEET THIS 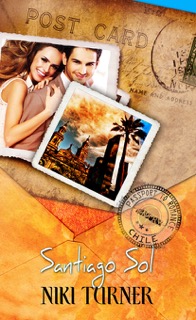 TRUST THAT STAGEHAND by Niki Turner
When I have a problem, I want God to swoop in like Batman and fix stuff. I want Him to direct and orchestrate, and be OBVIOUS. But as I continue to walk with Him, trusting in Him, praying to Him, seeking His will and His ways, I find more often than not He chooses to play a backstage role in this drama I call life.

When I have a problem, I want God to swoop in like Batman and fix stuff. TWEET THIS

When you go to a live theatrical production and the scene changes, you don’t see anything happening, but when the lights come back up, everything is different. The necessary changes have been made to propel the story forward.

Stagehands—lowly, humble stagehands—made that happen. Without them, the story unfolding on stage would fall flat.

I’ve taken my granddaughter to the ballet twice in her three years. During one of the scene changes in Swan Lake she asked me, “Is it over?”

No, I assured her. It wasn’t over. It was just time for the great stagehand to go to work.

In that picture I see an analogy of God’s work in our lives. We pray, we know what we want to happen, we even think we know His will based on His Word, but we don’t see Him working. We want Him to charge in like the proverbial Cavalry, but He doesn’t. And we wait, and we wonder, and we worry… (Yeah, I know, I’m not supposed to worry, but I do.)

And then we glimpse a change: an attitude shift, a new character in motion in someone’s life, a door opening that was closed before, and we know God is at work. He’s making changes we can’t see, putting the pieces in place that we don’t know need to be there for what’s ahead, and it’s all working to fulfill His perfect will.

We can rely on Paul’s words in Philippians 1:6: “…being confident of this, that he who began a good work in you will carry it on to completion until the day of Christ Jesus.”

You might not always see that “good work” in motion, but God, backstage, is hard at work, carrying it to completion. TWEET THIS

When a beloved elderly friend in hospice care makes one final request, Tansy Chastain can't refuse, even though returning an heirloom to the patriarch of a powerful Chilean family will take her halfway around the globe. When she's robbed at the airport, a handsome Santiago businessman comes to her rescue. Sebastian Sandoval decides escorting a lovely American for a few days is a perfect distraction from his grandfather's growing pressure to find a lost family treasure. But even as Tansy breathes new life into Sebastian’s jaded perspective, the secrets they are keeping put them in the path of a dangerous, and desperate enemy.  Revealing the truth to each other now will destroy their growing relationship, but if they don’t, those secrets may destroy their lives.

Niki Turner is a novelist, journalist, blogger, and the production manager for the 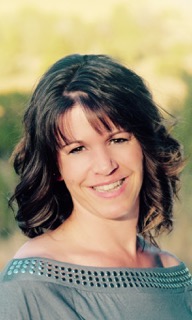 Rio Blanco Herald Times weekly newspaper, one of the oldest continuously operating newspapers in Colorado. Her first completed manuscript earned second place in the Touched By Love 2009 contemporary category romance contest. She also blogs at www.nikiturner.net and is a co-blogger at www.inkwellinspirations.com.

Niki is a Colorado native who grew up in Glenwood Springs—home of the world’s largest hot springs pool. She married her high school sweetheart 25 years ago. They have four children, four grandchildren, and two West Highland White Terriers.

In 2014, she published “Sadie’s Gift” as one of the Christmas Traditions novella collection with eight other authors.  The Skiing Suitor, one of the Love’s Sporting Chance series published by Forget-Me-Not Romances, released in August 2015. Her next project, “Santiago Sol,” will be published by Pelican Book Group, as part of the Passport to Romance novella collection and releases in October 2015.
Posted by Christine Lindsay at 12:30 AM