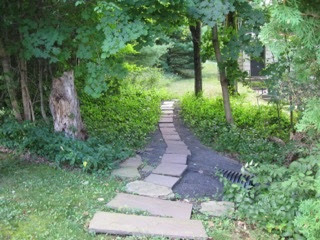 His sore knee was giving him grief. Bills gushed in faster than the money to pay them. Sure, the physical therapy helped and seemed to stave off surgery, yet hobbling around and trying to get work accomplished wasn’t happening. And then, he and I spoke. Our words heated. Perspectives were lost. Tempers exploded.

And I hit the road. Not, as in leaving my husband, but rather in searching for a job. We’d worked together in his piano restoration business at that point for thirteen years, but his recent injury, coupled with tightening economical changes nation wide, constricted us both as if we wore chock collars around our necks, rubbing sore at whatever harmony we’d shared.

Desperate, I drove off and willed the tears to stay away. The last I knew it wasn’t really a good idea to seek employment with red-stained eyes. Since it was a Sunday afternoon and last minute, the pickings were indeed slim. I applied to a little privately owned deli whose owner seemed more interested in talking me out of taking the job. Fortuitously—or not, I now wonder—that was a good thing. Not only did the business fold, but also the drive up and down those back hills would have proved awful in the winter.

The second place was a national chain restaurant. Years ago I’d worked in the food “industry” and told myself never-again, but as I said, I was desperate. The next day they called me back for an interview. Here I am, ten years later.

This company goes by the motto that it’s an everyday oasis, for both its patrons and workers. Indeed, it was. I worked myself up in position with decent pay increments considering the type of work, and brought home needed benefits that my self-employed husband no longer had to struggle paying from his pocket.

Looking back, I clearly see that this wasn’t a mere coincidence. I don’t believe for a minute that God purposely injured my husband, nor created a bad economy (shortly after I was hired the US saw a major economic crisis; many people lost jobs and were job searching right after I secured mine). People have commented to me that they’ve seen positive changes in me through these past ten years: I’ve come out of my shy shell some, I’m holding up my head higher in self-respect, I’ve gained more respect from my husband, and have added a more positive and kind atmosphere to the café’s overall image.

Will I stay at this place forever and ever? Do I dare chance dicing up life by looking elsewhere or making a major change in my life, especially with a debut novel freshly out?

Change is scary; the unknown lurks like a monster at times. Yet. Oh, the wonderful surprises God has time and time again blessed me with.

While I can count on life circumstances to perpetually change, for people to come and go in my life, for the given of uncertainty to rule, making me at times hold my breath in wonder, I know one conviction that I can count on.

And don’t forget for a second that He loves you. 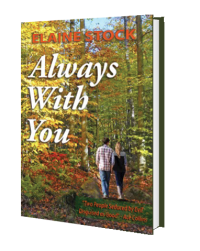 Christine here: My guest today is a personal friend of mine that I met at an ACFW conference way back in 2009 I think. Elaine and I have encouraged each other over the years to not give up on our dream of writing. It's such a joy for me to share with you Elaine Stock's debut novel Always With You.

A former Brooklyn gal, Elaine Stock lives in the Northeast with her husband where she enjoys spring, summer, autumn, 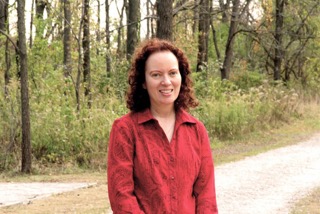 and puts up with the winter. A member of several writing associations, she also is a contributing author to the international “Happy Sis Magazine.” In addition to Twitter, Facebook, and Goodreads, she hangs out on her active blog, Everyone’s Story, dedicated to uplifting and encouraging all readers through the power of story and hope.