TIME TO TAKE THE BACKSEAT by Guest Linda Rondeau

“Do you think John’s changed much?” I asked my husband who calmly checked his watch. “I can’t wait to see him.” 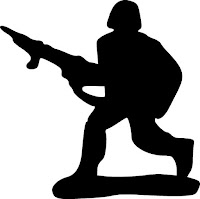 We had traveled over 20 hours straight through the night to arrive for our son’s boot camp graduation, meeting up with his fiancée at the hotel and bringing her to the ceremonies with us.

Before parents’ arrivals, the newly trained soldiers were sent out on field maneuvers and were to return for the weekend ceremonies. Our instructions were to wait on the steps. “You sent us girls and boys,” the staff sergeant told us at orientation. “We give you back women and men.”

While waiting, I considered how quickly the children had grown. Step-ladders, there childhood experiences happened in triplicate. And now it seemed there was a mass exodus from the home. While my husband looked forward to an empty nest, I had dreaded the day when my children would no longer need me.

The first ting-a-ling that motherhood would be forever changed sounded when my daughter became engaged. Though she’d be living in another state, I accepted the loss with grace. Daughters tend to stay daughters even after they are married. They more or less add the role of wife.

Within a few months following her wedding came two college graduations. And what had been a soft distant ping now became a clamor as my oldest left for boot camp, a prelude of maturing before his marriage the following September.

“I want my babies back! I want to put them in a playpen so I always know where they are, and I can cuddle them whenever I want.”

My husband grabbed my hand. “You still got me. You’ll always have a baby.”

The camouflaged bus rolled around the corner. I peered at the disembarking soldiers. John’s fiancée stood next to me. I’d been so unhappy about my empty arms I hadn’t considered her feelings.

“There he is!”  I shouted. My mother’s feet readied to fly, but I remained still as if some invisible hand held me in place. Then I heard the silent whisper quoting a familiar verse:

“Therefore shall a man leave his father and his mother, and shall cleave unto his wife: and they shall be one flesh (Genesis 2:24 KJV).”

What are trying to tell me, Lord?  Do I no longer have first rights?

I sensed John’s emotional tug-of-war as his eyes darted from his fiancée to his mother. I could almost hear him ask the question, “Who do I go to first?”

I clasped Melissa’s hand with mine. “You go to him. You should be the most important woman in his life now.”  She said a quick thank you and embraced my son. I knew in that instant, the time had come to take the backseat.
I’ve been a mother-in-law for more than twenty years. As I watch my children struggle with their own families, my protective
instincts still flare. God continues to remind me of that verse, to take the backseat and trust Him with my children’s lives. 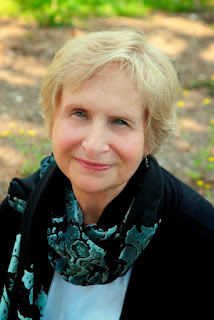 Award-winning author LINDA WOOD RONDEAU writes blended contemporary fiction that demonstrates, once surrendered to God, our worst past often becomes our best future. Formerly from the Adirondack region, the setting for this any many of her novels, Rondeau now resides in Florida with her husband of nearly four decades. Retired from her long career in human services, she enjoys being able to play golf year around. 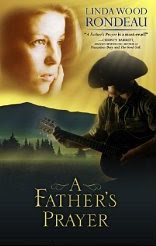 A FATHER’S PRAYER by Linda Rondeau 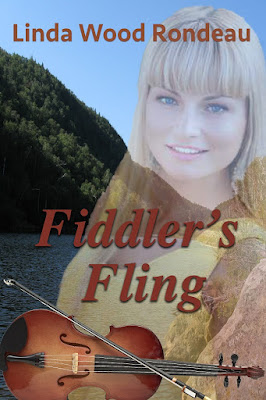