THE BLESSING OF IMPERFECTION by Guest Candee Fick

My guest Candee Fick is doing an E-book giveaway of her book Catch of a Lifetime just released November 2015. To enter the draw, please leave a comment below with your email address spelled out. Winners choice of a Kindle/mobi or pdf version.

The Blessing of Imperfection by Candee Fick 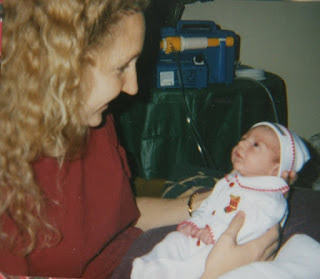 I'll be the first to admit that I was an overachieving goodie-two-shoes growing up. As a pastor's kid, I felt a sense of responsibility to follow the rules because people were watching. Then in junior high, after moving to a new school and knowing nobody, I discovered a new identity as the smart girl and soon felt personal pressure to excel in the classroom. I only got A's from that point on and perfection became my security blanket. As long as I did everything right, I would be loved and accepted.

Fast forward many years to the time my husband and I were expecting our first child, and I took pride in the doctor's words that everything was going perfectly.

Until the day it wasn't.

Our daughter stopped growing and after a few tense weeks, I delivered a four pound five ounce precious bundle that captured my heart. I still remember the day we finally received her official diagnosis of a random rare genetic syndrome. Phrases like mental retardation and autistic-like behaviors rocked my world. My daughter would never get straight-A's or drive a car or live on her own. She could never be perfect.

And I loved her anyway. 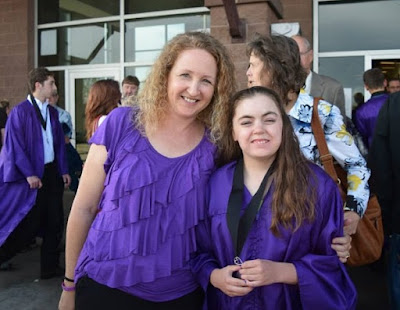 Through the years of therapy and special education that followed I discovered a priceless truth about myself. No matter how hard I tried, I could never be perfect either. Yet God still loved me so much He sent His Son to pay the price for my sin. Today, even after our little Princess graduated from high school, my failures keep on reminding me how much I need a Savior and I've learned to embrace the freedom found in God's amazing grace. I don’t do everything right, but I’m still loved and accepted.

ABOUT THIS AUTHOR: Candee Fick is the wife of a football coach and the mother of three children. When not busy with her 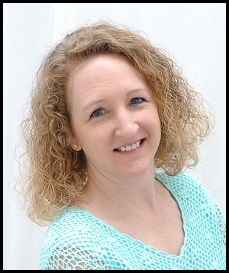 day job or writing, she can be found cheering on the home team, exploring the great Colorado outdoors, indulging in dark chocolate, or savoring happily-ever-after endings through a good book. 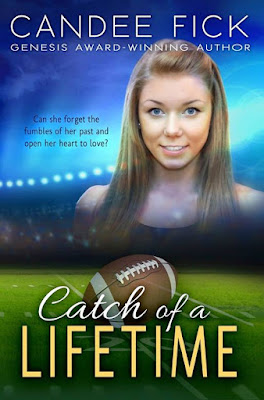 CATCH OF A LIFETIME BY CANDEE FICK

He breathes football. She shudders at the very mention of the sport. After a tragedy involving a football player destroyed her family, athletic trainer and graduate student Cassie moves across the country looking for a fresh start, but a change in financial aid lands her in the middle of her worst nightmare. Meanwhile, rookie coach Reed worries his dream career will slip away as injuries plague his players and his star receiver teeters on the brink of ineligibility. As the two work together to salvage the season, sparks fly, and Reed must eventually choose between the game he cherishes and the woman he loves.