WATCH OUT FOR THE DEVIL'S POUNCE by Guest Janet K. Brown 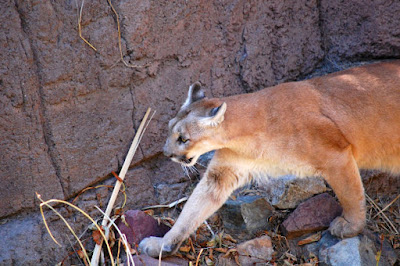 When we’re most vulnerable, the devil will pounce. It has nothing to do with how close we are to the Lord. In fact, doing God’s will is usually an incentive for Satan to move in with his darkness. He clouds our vision with self pity, or what I call, failure-ism.

I teach a Bible study for compulsive overeaters on Tuesday nights at my church. After two years of every Tuesday without a break and no back-up, I found myself burned out. Other classes and studies took a summer break, so I did, too. We began a new study on September 15.

The week after our first class stress moved in and settled into my life with a super busy mostly out-of-town schedule, health problems, and computer malfunctions. My baby daughter had been laid off. We feared for her emotions and for our finances if she was off work for long. (Praise God for blessing her with a new job in only a month’s time. He is faithful.) I was overly tired and tremendously overwhelmed.

I began the new week on Monday by studying and preparing for my Bible study. I was gone most of the day on Tuesday then stopped for a review of the lesson and a prayer before class. I arrived early and waited and waited … No one came.

At our Bible study on Wednesday night, our teacher focused on encouraging and supporting fellow Christians. One lady told how she took food to a family who’d suffered a death. Another talked about visiting some in the hospital.

Right there in church, the devil pounced on me.

He whispered, “You’re a failure. You do nothing but sit and write your little stories and then have the nerve to try and sell them. You rarely visit anyone. You’re not a cook. In fact, you’re doing nothing to encourage and help others.”

Since then, I have prayed. My husband has prayed. Like when I weighed 250 lbs, and felt lost and empty, I couldn’t fix myself. But, God …

The devil may pounce, but God reigns supreme. By today, the Lord is clearing the darkness. The light breaks through like my jonquils in early spring. God’s hope wins, the devil loses.

If the devil jumps on your shoulder and tells you that Christian writing isn’t a ministry that helps, pray for the joy of the Lord. He blesses Christian fiction and non-fiction alike and uses it in places we can only imagine and may never know about. He blesses our willingness to teach even when no one shows up for class. Thank you, Jesus, for using the strengths you gave me, not those you gave someone else. 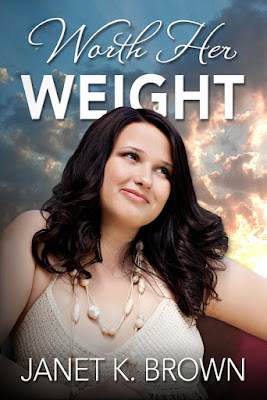 How can a woman who gives to everyone but herself accept God’s love and healing when she believes she’s fat, unworthy, and unfixable? Can she be Worth Her Weight?

LACEY CHANDLER helps her mother, her sister, her friend, and then she binges on food and wonders is there really a God?

BETTY CHANDLER hates being handicapped and useless, so she lashes out at the daughter that helps, and the God who doesn’t seem to care.

TOBY WHEELER loves being police chief in Wharton Rock, but when the devil invades the small town, he can’t release control.

This inspirational women’s fiction is available now at http://www.pen-l.com/WorthHerWeight.html

ABOUT Janet K. Brown lives in with her husband, Charles. Writing became 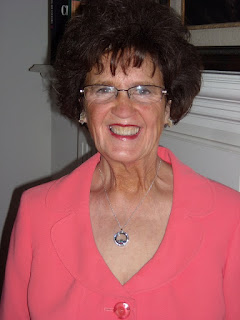 her second career after retiring from medical coding.

Worth Her Weight is the author’s first inspirational women’s fiction, but it makes a perfect companion to her previously released, Divine Dining: 365 Devotions to Guide You to Healthier Weight and Abundant Wellness. Both books encompass her passion for diet, fitness, and God’s Word.

Worth Her Weight marks Brown’s third book. Who knew she had a penchant for teens and ghosts? She released her debut novel, an inspirational young adult, Victoria and the Ghost, in July, 2012.

Janet and her husband love to travel with their RV, work in their church, and visit their three daughters, two sons-in-law and three perfect grandchildren.

Janet teaches workshops on writing, weight loss, and the historical settings of her teen books.