True forgiveness is often easier said than done. Oh, the words are simple to say. “You’re Forgiven.” “Apology accepted.” “I’m fine, don’t worry about it.” For the minor bruises of everyday life, they work. But simple words don’t heal soul deep hurts. The cliché of time healing all wounds doesn’t work either. In fact, time and distance can make forgivness much harder.

I understand the indifference that  masquerades as forgiveness. My father left his family when I was twelve. He left three confused children and one very bitter wife behind. For the next six or seven years what contact I had with my father was tainted by the negative opinions of my mother. Dad’s overtures at a relationship were spotty, probably due to the reception he received from me when he made the effort.

Over time I began to believe that I’d done the Christian thing and forgiven him, even though I didn’t care if I saw him, and didn’t have a lot to say to him when I did. You see, I’d allowed the indifference of time and distance to layer over the hurt, like a lava dome over a volcano. I was actually grateful for what I called God given indifference.

It took a confrontation with my sister to drive home the fact that I had not extended forgiveness to my father.

During a visit with my dad, he asked me to contact my sister to extend an olive branch on his behalf. A few days later I spoke to my sister and relayed our father’s message. The bitterness that broke through in her own life convicted me of the unforgivness lingering in my own. I was heartbroken to see some of my own attitudes reflected in her words.

Forgivness wasn’t an easy road, but when I finally opened my heart to God’s healing touch, I was able to move beyond the hurt and rebuild a relationship with my father before he passed away. Knowing that he went to be with the Lord with my love in his heart, instead of anger and bitterness has been a source if immeasurable comfort since he’s been gone. The only regret I have is that I didn’t allow it to happen sooner.

Forgivness is the greatest gift God offers us. Forgiving others allows us to accept that gift in full measure. 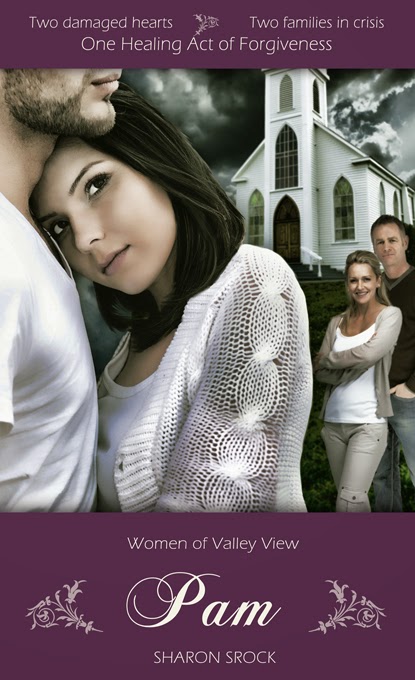 Pam’s divorce broke her heart. The cruelty of her ex-husband broke her spirit. A bottle of sleeping pills almost took her life. Four years later the scars of Alan Archer’s emotional abuse are beginning to fade under the love of her new husband. When Alan returns to Garfield, Pam must learn that buried secrets and carefully cultivated indifference do not equal forgiveness.

Alan Archer has returned to Garfield with a new wife and a terminal heart condition. His mission? To leave a Christian legacy for his children and to gain Pam’s forgiveness for the sins of his past.

Two hearts hang in the balance waiting for the delicate touch of God’s healing hands.

Author Sharon Srock went from science fiction to Christian fiction at slightly less than warp speed. Twenty five years ago, she cut her writer's teeth on Star Trek fiction. Today, she writes inspirational stories that focus on ordinary women using their faith to accomplish extraordinary things. Sharon lives in the middle of nowhere Oklahoma with her husband and three very large dogs. Her books include: The Women of Valley View: Callie and The Women of Valley View: Terri, both of which are currently available. The Women of Valley View: Pam will release 11 April 2014.

Connect with her at www.sharonsrock.com.
Facebook:
Goodreads
Pinterest
Please visit her AMAZON page to find current info on her books:

Email ThisBlogThis!Share to TwitterShare to FacebookShare to Pinterest
Labels: Forgiveness