IT'S NO SECRET THAT I'M AUTISTIC---by Guest E.A. West

Christine here:  It is a great pleasure to have as my guest today, E.A.West, a fellow author of the PASSPORT TO ROMANCE novels just coming out from Pelican Books. E.A. West's book BOGOTA BLESSINGS is the very first in that exciting new line. And my own Londonderry Dreaming will follow right after. But read part of this author's fascinating story.  And now...E.A. West shares what it's like to be Autistic.

To start though, here is the Book Trailer from Pelican Books that shows us what an exciting line of romance novels the PASSPORT TO ROMANCE will be.
click here for TRAILER 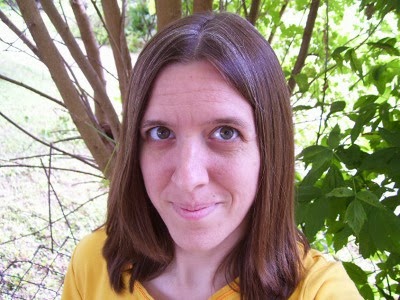 It’s no secret that I’m autistic, yet a lot of people are surprised when they learn that little tidbit. It’s a long standing joke around my house that I’m well trained to look normal, but that doesn’t change what’s going on inside me. Where most people see my similarity to them, I always see and feel the differences as well.

That ability to hide one side and show another that’s entirely made up has created plenty of difficulty over the years. For instance, I spent years trying to tell people I wasn’t like them, but even though the fact that I’m different was glaringly obvious to me, others saw me as perfectly normal, if painfully shy and a bit quirky. The lack of understanding and invalidating what I said hurt, but there was nothing I could do about it since they didn’t experience life the same way I did.

It was a very lonely time in my life. I had friends, but I was always an outsider. At the time, I hadn’t received a diagnosis of autism, even though I suspected it. I began to wonder if there was anyone else like me in the world. I didn’t know anyone on the autism spectrum other than a single male Aspie whose experience of the world didn’t seem to bear any resemblance to my own.

Then I began working with a couple of kids on the autism spectrum. They said and did things no one understood — except me. I was able to explain why they reacted the way they did and offer suggestions based on my own experiences to help them succeed in school and life.

After a while, I realized that the ability to see the world in a different way than most people was a blessing rather than a curse. By giving me this ability along with a deep compassion for the underdog and the misunderstood, God enabled me to act as a kind of interpreter. Thanks to His gift, I can translate confusing or unfamiliar groups of people and situations into characters and stories that educate as well as entertain. 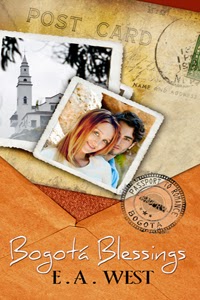 When Kayla Shaw travels to Bogotá to help renovate a house for a mission to street children, nothing can prepare her for the ever-present mission employee Mateo Luis. He looks like he could be one of the rebels who have caused so much fear throughout Colombia. Then she begins to see him with her heart instead of only her eyes.

Mateo Luis Gómez Días has dedicated his life to the mission, and he's determined to help as many street children as he can. Unfortunately, he can't keep his thoughts off the beautiful American helping renovate the new children's home. Although he would love to have a relationship with Kayla, his past and the bad neighborhood God has called him to serve in prevent him from pursuing her.

Has God truly led Kayla and Mateo to each other, or does He have something else in mind for their lives?

About E.A. West
E.A. West, award-winning author of sweet and inspirational romance, is a lifelong lover of books and storytelling. In high school, she picked up her pen in a creative writing class and hasn’t laid it down yet. When she isn’t writing, she enjoys reading, knitting, and crocheting. She lives in Indiana with her family and a small zoo of pets.

Connect with E.A. West and learn more about her books in the following places, click on the links below: