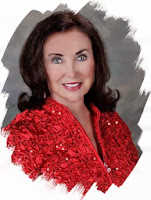 Just two weeks ago I committed to a speaking engagement in Texas. But I had a problem.

I live just north of Dallas and traffic is horrendous. I have very little sense of direction, but I do have my trusty GPS. So arriving at my destination thirty miles away through heavy traffic was not the problem.

I’ve recently gained a bit of weight, but I still fit into my clothes, so that was not the problem.

I love to speak to book clubs, but this book club boasted between seventy-five to one hundred members. I’d never spoken for one hour to such a large group. Normally at a book club the members all buy the book I’m speaking on and then we discuss the book.

This club operated differently. They wanted a review of my book—by myself, the author. Well, that sounded like loads of fun. I could give myself a five star review, because I really do think my book deserves five stars. So that was not the problem.

The problem is that I’m a total introvert. I love speaking to book clubs because they are usually small, intimate groups of between five and twelve people. I can do that. Another problem was, I’d never spoken to such a large group.

So, about a month before my time to speak, a pall of dread descended over me. The horror of speaking to a large group grew and magnified inside my mind. I would look out over the group and freeze. I would forget everything I had to say. My soft voice would not carry to the audience. Since this was a secular group, there might be a heckler in the audience—a person who didn’t like inspirational writers.

And so my dread grew.

Since I’ve become a writer, the Lord has taken me far out of my comfort zone so many times I should be accustomed to the nerves and tension. But I’m not.

Just a few days before my scheduled talk, I was in a mental and emotional frenzy.
As I was thinking on my problem, God brought to my mind another time He’d forced me out of my comfort zone. That week he’d given me a precious verse. Deuteronomy 31:8 – The Lord Himself goes before you, and will be with you; He will never leave you nor forsake you. Do not be afraid; do not be discouraged.

During those previous difficult days God had been with me. He had gone before me, and He had smoothed the way. The moment the Lord brought that verse back to my mind, every single shed of fear left me. I had only to look back at what He had done during that other time of acute distress and remember what He did for me. I had complete peace. And the peace lasted until the speech, during the speech, and after the speech.

The talk was a success, and I actually enjoyed myself in front of that audience.

So it’s good to remember where God has taken us before and how He was with us at that time. And remember the verses He’s given us. We may need them again. I found I need this one often. 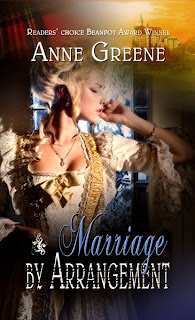 A MARRIAGE COVENANT
Why does a handsome, powerful noble of the highest rank in England stoop to marry a mere Lady of Lowland Scotland?

A GREAT SECRET
Are the whispered stories about him true? With his shadowy past and strange behavior what awful secret does he hide? Each change of clothes transforms him into a different man.
AN IMPOSSIBLE CHOICE
Can Lady Cailin keep her vow to make her marriage happy and successful, unlike that of her parents, or to save her unborn child, must she arrange for the Duke’s accidental death?


ANNE GREENE delights in writing about wounded heroes and gutsy heroines. Her second novel, a Scottish historical, Masquerade Marriage, won the New England Reader Choice award, the Laurel Wreath Award, and the Heart of Excellence Award. The sequel Marriage By Arrangement released in December, 2013.  A Texas Christmas Mystery also won several awards. She makes her home in McKinney, Texas. Tim LaHaye led her to the Lord when she was twenty-one and Chuck Swindoll is her Pastor. View Anne’s travel pictures and art work at http://www.AnneGreeneAuthor.com. Anne’s highest hope is that her stories transport the reader to an awesome new world and touch hearts to seek a deeper spiritual relationship with the Lord Jesus. Buy Anne’s books at http://www.PelicanBookGroup.com. Or at http://www.Amazon.com.

Visit http://www.anneswritingupdates.blogspot.com for information on writing an award-winning novel.