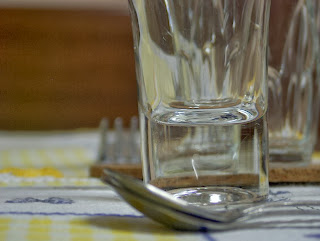 A conversation about heaven began when Anna, my five-year-old granddaughter, asked me a simple question: “Will you be my grandma for as long as you live?”

“Yes,” I said. “Even when I’m in heaven, I’ll still be your grandma.” I assumed the reassurance of my forever-love would make her happy. I was wrong.


Anna’s eyes filled with tears and her chin quivered. “But I won’t be able to talk with you then,” she said.


In this case, Anna’s response led to a heartwarming conversation about what heaven might be like. But in some cases, different perspectives can lead to conflict. Each person thinks he’s right. This means, of course, that the other is wrong. Heaven forbid that the “wrong” perspective not recognize its waywardness and repent.


I recall a specific situation within my marriage when my husband and I held different perspectives. In retrospect, it was no big deal, but it didn’t feel like that at the time.


We were packing the car prior to leaving on a family vacation. I suggested one method for loading the luggage, but my husband had his own thoughts about how to get the job done. He respectfully told me that he preferred his methods to mine, and I took offense. Thankfully, he practiced patience with me.


“You think one way, and I think another,” he explained when we talked about the situation later. “We look at the same situation but we don’t see it the same. Neither perspective is wrong. It’s just different.”


That experience taught me a valuable lesson. Different people hold different perspectives for any number of reasons. A negative—or a positive—upbringing impacts the way they view life. So does age, inborn nature, cultural background, whether they slept well the previous night, and whether they’re at peace within themselves and with their Creator.


Any number of variants influence people’s perspectives, but one thing’s for sure—we need to respect others even when they see life through a different lens than ours. Taking offense and allowing conflict to rise will cause hurt and hinder relationships. Listening to them and showing respect, however, will open doors to communication and build relationships.


Different people; different perspectives. Let’s strive to listen and learn from those who hold a view contrary to ours. That may be easier at times than others, but we’ll benefit from making the effort.


Do you desire to draw near to God? 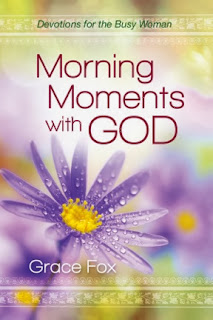 Set the tone for your entire day in just a few moments with the Lord. Morning Moments with God: Devotions for the Busy Woman offers fresh biblical insights and renews your spirit as you journey through more than 150 new devotions by popular author Grace Fox. These brief gems of wisdom focus on God’s faithfulness and reflect on His power, presence, and promises in your life today.

Ideal for women from all walks of life and perfect for gift giving. 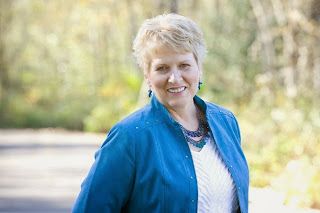 Grace Fox is a sought-after international speaker described as “deep, daring, and devoted.” Her passion is to see her audiences connect the dots between God’s word and real life so they can experience each day as He intends.


She’s written hundreds of articles for magazines including Focus on the Family, Insights Canada, and Power for Living. She’s also authored seven books including Moving From Fear to Freedom: A Woman’s Guide to Peace in Every Situation and produced its corresponding DVD-based Bible study in partnership with Stonecroft Ministries. Her other current titles include:


·        Peaceful Moments to Begin Your Day: Devotions for Busy Women


·        Moving from Fear to Freedom: A Woman-to-Woman Conversation (DVD and participant’s guide)


Grace and her husband live in British Columbia where they co-direct International Messengers Canada. One of their main roles is to recruit, train, and lead short-term ministry teams to Eastern Europe each summer. They’ve been married for nearly 32 years, have three married children, and five grandkids. In her spare time, Grace enjoys babysitting, boating and motorbiking!


Connect with her via email – grace@gracefox.com or online: