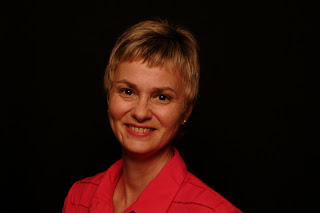 I've needed the Lord at different times in my life, but last December, He was what held me together when my husband nearly died right before Christmas. He was taken by ambulance the same day his dad died thirty-four years before. That was always in the back of my mind.

When the ER doctor told me what was wrong with my husband and he would be admitted to the ICU, I was shocked at what was wrong--dangerously low sodium level in his body. I always thought of sodium as a problem when a person had too much. Since that time, I realize how important sodium is to our health (of course, as with other things, in moderation). Low sodium affects our mental abilities.

In the next twenty-four hours, I discovered it was critical that his level be raised and that the first day could mean the difference between life and death. He also had fluid on his lungs, but that had to be put on hold until the sodium was brought up at least twenty points because the treatment for the low sodium was the opposite from removing the fluid from his lungs.

When fear began to take hold of me, I felt God's arm around my shoulder. He was right there beside me. A calm fell over me, and I knew that my husband wouldn't die. This helped me to support my son and my mother-in-law.

What have I learned? I've learned how God can support you through the bad and good times.  I've learned the Lord can take a bad situation and use it for His good. And lastly, I need to put my faith in Him. He is in control and has my best interest at heart. It reminds me of the verse in Matthew 28:20: I am with you always, even unto the end of the world. You can't ask for anything more than that. 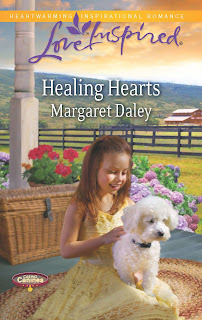 After surviving a tragic accident, little Madison Winters is in desperate need of comfort. And social worker Abbey Harris has the perfect solution. With the help of her cherished therapy dogs, Gabe and Cottonball, Abbey soon coaxes a smile from Madi-and her workaholic guardian. Dominic Winters is heartbreakingly handsome and is hurting just as much as Madi. But it might take more than wagging tails to get the brooding businessman to open his heart. With the help of a matchmaking little girl and two sweet dogs, Abbey and Dominic may get a second chance at love.