Today, Author Rebecca Carey Lyles shares one of the most interesting and unusual adoption stories I have ever heard. I hope you enjoy this serendipitous true-life experience. Real life always is more coincidental than fiction.

My friend Bruce was born to parents who divorced when he was less than two-years old. After the divorce, his birth dad, Bob Briggs, made no attempt to see him, and his mother never spoke of her former husband. Bruce soon forgot his father.

A couple years later, his mom married a man named Loren Anderson and, within a year or so, became pregnant with a second son. With the addition of another child to their family, Bruce’s mom and stepdad decided they wanted their sons to share the same last name. Plus, they thought life would be easier for Bruce if he had the same surname as the rest of the family. So Loren Anderson adopted him when he was almost five-years old and gave him the Anderson name.

One of Bruce’s earliest and best memories is that of his step-grandmother’s reaction to his adoption. She babysat him and his brother while their parents went to the courthouse to finalize the adoption. When they returned and announced the good news, Bruce’s new grandma hugged him and said, “I am sure glad to have you as part of the Anderson family!”

Bruce’s biological father was never mentioned by his parents, and he never asked about him. After all, he had no memory of the man. But a halftime encounter at a football game when he was a senior in high school brought his heritage to life again. He and the rest of the team had just come off the field and were heading into the locker room, when a man stopped him. “You’re Bruce Anderson, right?”

Although Bruce didn’t recognize him, he nodded. “Yes, I am.”

“I’m Bob Briggs,” the man said. “I’m your father, and I’d like to talk with you after the game.” Bob, who lived in the area, knew who Bruce was because his name was in the program and his number was on his shirt. After the game, they met and talked for a few minutes, but that was the extent of their communication.

Fast forward 22 years to the death of Bruce’s adoptive father and Bruce’s concern about his mom, who wasn’t doing well on her own. He began praying for a solution to her living situation. And that’s when Bob Briggs, whose wife had died two years earlier, read about Loren Anderson’s death in a college alumni publication.

For the first time in nearly 40 years, Bob contacted his former wife. When he later asked her out, she called Bruce to find out how he felt about her dating his birth dad. Bruce says the idea of his mother dating a man he’d only met once, but who was his father, “was kind of hard to get used to.” Yet, Bob was the answer to her loneliness and to Bruce’s prayers, and the couple eventually remarried.

Shortly before the wedding, Bruce’s dad told him, “It was in your best interest that I stayed away. I know how it is with split families, how one side oftentimes works against the other. You were better off without me in the picture.”

Bruce accepted his explanation, and he and Bob Briggs became good friends who enjoy each other’s company. Today, as his parents age and experience health challenges, he is more and more involved with their caretaking.

An interesting aspect of Bruce’s adoption history is the fact that he has two birth certifications, one dated the day of his birth, and the other dated five years later when his “closed” (confidential or secret) adoption occurred. Bruce’s parents didn’t keep the truth from him, and Bob Briggs knew the details of his son’s adoption. Even so, obtaining a passport proved to be quite a challenge for a man with two birth certificates.

Becky Lyles is the author of the two following books: 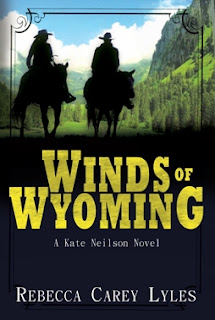 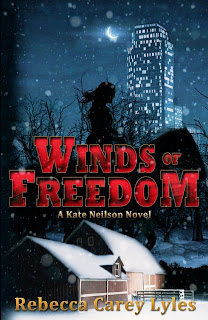