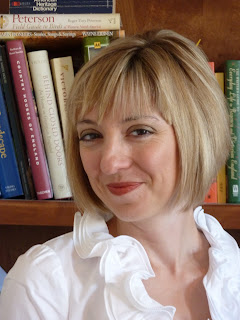 As newlyweds, my husband and I had a foolproof plan: we’d use our brand-new college degrees to find good jobs, enabling us to earn sufficient money to pay for the seminary he’d attend the following year. My husband had received a call to full-time ministry, but we had several months before his Masters of Divinity program started across the country, so we trusted that God would provide for us financially by granting us good-paying jobs.

We were both 22 years old and fully believed in God’s goodness and provision, and we were anxious to work.

On our honeymoon, however, we drove through California’s San Joaquin Valley and somehow caught a fungal infection known as Valley Fever. Both of us. We spent almost a month fighting fever and suffering wracking coughs. We couldn’t work. We could barely function. One of us would have the energy to open a can of Campbell’s soup before having to lie down again. Eventually, the other would cook the soup. We were two kids without parents or friends in town to help care for us, and we wondered how we’d pay our rent, much less pay for seminary next year.

Where was God in this? Had we misunderstood His call to ministry? Had we erred in getting married? Why was this happening to us?

Then something interesting happened.

I called one of my bridesmaids and ended up speaking at length with her mother, a Christian woman whom I’d never met before. The next week, she sent a check to us, which (unbeknownst to her) exactly covered one month’s rent. Then, the family in the apartment next to ours moved, and they gave us all the food from their refrigerator. Time and again, God provided for us in unexpected and unusual ways.

We started to recognize that His way was different than the way we’d planned; He wanted us to lean on Him for our every need. Literally. But He would be there with enough to get us by.

When our bodies healed, we never did get high-paying jobs. We actually had humbling employment, with wages sufficient to provide for us, even if we couldn’t manage to save much.  When it came time to move to seminary 3,000 miles away, we had to sell my husband’s truck to pay some costs, but we recognized God’s hand when the sale was better than we’d expected. A few friends offered to give us monthly support while we were at seminary. When we arrived to begin school, an outgoing student left furniture for us.

Throughout the season of want in our young marriage, we weren’t comfortable. We felt as if we lived on a razor’s edge. But by being humbled and forced to fully rely on God, we were blessed because only then could we truly see how miraculously He provided.

He’s a God of abundance. I’ll never forget how he abundantly provided for me.

Susanne Dietze began writing love stories in high school, casting her friends in the starring roles. Today, she writes in the hope that her historical romances will encourage and entertain others to the glory of God. Married to a pastor and the mom of two, Susanne loves fancy-schmancy tea parties, travel, and curling up on the couch with a costume drama and a plate of nachos. She won first place in the Historical category of the 2011-2012 Phoenix Rattler, and her work has finaled in the Genesis, Gotcha!, and Touched By Love Contests. Susanne is represented by Tamela Hancock Murray of The Steve Laube Agency.