Three months after my first novel was published in 2010, I received a letter from someone whose name on the envelope I didn’t recognize. My first thought was, fan mail?

I opened it at the kitchen counter. As I unfolded the lined paper and headed for the table, photo copies of one of my dad’s sisters fluttered to the floor.

What in the world?

I read the first paragraph and slumped onto a chair. The second paragraph brought tears. By the end of the letter, I’d reached for the phone.

The reason for this letter to you is because of an article I read it Nebraska Life magazine. It’s about the “Blizzard of 1949.” There was a piece, by you, in which you mentioned that you wondered if your mother rode on a tractor “all the way to Grandpa Mosel’s house” when she was pregnant.

My birth mother’s name was Elgene Mosel. She, also, was from Orchard, NE. I was born June 9, 1948, in Omaha, NE. I was given up for adoption and placed in care of the then Lutheran Children’s Home Society.

Elgene gave me the name Marlin.

My dad’s name was Merlin!

By then I needed a tissue and had to wipe my eyes because I couldn’t see the print. This man’s penmanship is beautiful, as my father’s was. He makes his cursive r’s the same as I do, very old-fashioned.

I had to leave a message because Marlin was at work. In the meantime, I started a letter back to him.

Where to begin? I want to meet you as soon as possible. I hope you don’t mind, I posted receiving your letter on Facebook, which is an Internet networking site, so my family and friends know about you. They also know how excited I am that you sought me out and introduced yourself.

As I will say when we talk, I am the oldest of seven. You’ll see that in the genealogy. Your mother married and had four sons. I lost contact with my cousins after the death of my parents…

He called that evening. Thus began a beautiful relationship.

I scrounged for family photos and copied the genealogy for him. Marlin discovered one of his birth-mother’s sons had died and has spoken with one of his half-brothers, but they have yet to meet.

We agreed to meet the day after Thanksgiving because he and his wife, Vickie, were coming our direction. Their three grown children live in Lincoln and Omaha.

My closest brother to me in age came to our home that day, and he later said it was like sitting across the table from our grandfather.

Marlin and I have seen each other twice a year since we first met. Most recently, because my husband and I were in that part of Nebraska, we went to his home, worshiped in his church, and helped him celebrate his 65th birthday. 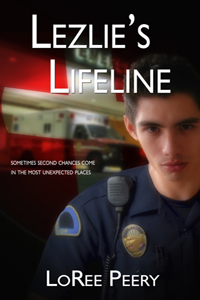 Lezlie's Lifeline by LoRee Peery is a dollar download...

Her nervousness tells him she’s holding something back. Jordan was devastated when Lezlie disappeared from his life sixteen years ago.

Now she’s back and he discovers her secret: the birth of their son.

How can he ever trust her again? The two loves of Lezlie’s life unite. The teen immediately forgives his mother for her secrets and wants to know his father, but dare Jordan follow their son’s example and grant Lezlie a second chance?

Posted by Christine Lindsay at 6:32 PM