Just two weeks ago my husband and I drove through the impressive gates of Fort Benning, Georgia, to attend the graduation of our oldest grandson from boot camp. It was a proud moment. But it had been a long journey to get there.

Ten years ago our son and his wife went on a mission trip to work with orphans in Russia, something they wanted to do before starting their own family. They returned with the news that they wanted to adopt one of the orphans. They had fallen in love with 11-year-old  Sergei, and he with them.

My first, and still one of my fondest, memories of meeting our small, blond, Russian grandson was standing in the narthex of our church, waiting to walk down the aisle behind my father’s casket. As an only child I would be walking alone. Then I felt a little hand slip into mine. Sergei walked beside me behind “babushka’s deda.” (grandmother’s papa)

The next nine years were an incredible journey. Sergei had Reactive Attachment Disorder. In other words, he had not bonded with his adoptive parents. And little wonder. Sergei had lost his parents to alcoholism He lost his grandmother to starvation after she gave him her food. He wasn’t bonding again. 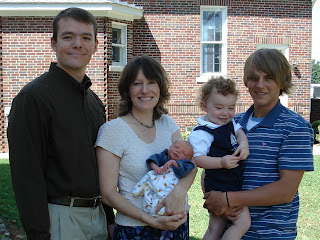 Rachel had to treat this teenage son as if he were a toddler, keeping him by her side when he wasn’t attending the small Christian school they enrolled him in. It was a long year with frequent outbursts of temper on Sergei’s side and tears on both sides. But the success of that year built a family.

Life followed course: a job change for John, two moves back and forth across the United States,  the birth of two little brothers for Sergei. And then, death. Josiah was two years old, Stephen two months old and Sergei playing football on his high school team when Rachel died of an aneurism.

Once more my mental photo is of Sergei standing by a coffin. This of a tall, well-muscled blond young man in a black suit standing beside his likewise tall, blond, black-suited father as the mourners filed by his mother’s casket.

“What will you do now?” Everyone asked John.  His answer was always the same: “I’ll raise my sons.”

And, indeed, he did. Our West Point graduate son, now a Major in the Army Reserve, set to seeing to the needs of an infant and a toddler, moving the family and enrolling in seminary to become a Methodist minister, and seeing Sergei through the harrowing teenage years of dating, learning to drive and (huge triumph) graduating from high school.

When John married his lovely new bride, Sergei stood beside him once again, this time as Best Man. 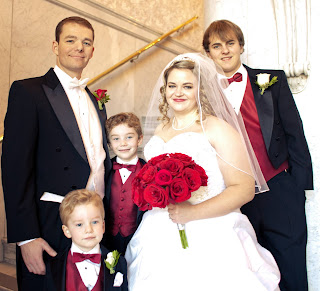 It was a great honor for Stan and me to be with Sergei the weekend after he finished Boot Camp. Everywhere we went people shook his hand and said, “Thank you for your service.” And when they asked why he chose to join the Army, Sergei had two reasons. “I wanted to make a contribution. And I wanted to follow my father.”

Again and again Sergei told us how important his prayer, Bible-reading and chapel attendance are to him. And how surely he feels the prayers he knows so many people are offering for him. And again and again Stan and I were proud of this fine Christian gentleman; this fine American. 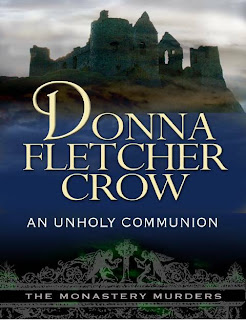 Donna Fletcher Crow is the author of 43 books, mostly novels of British history.  Her newest releases are a new edition of Glastonbury, The Novel of Christian England, an Arthurian epic covering 1500 years o English history http://ning.it/110HciB  and An Unholy Communion, The Monastery Murders, in which an idyllic pilgrimage through Wales becomes a life-and-death struggle against evil. Http://ning.it/110Hu9l 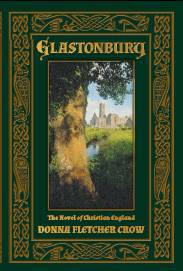 Donna and her husband live in Boise, Idaho.  They have 4 adult children and 11 grandchildren. She is an enthusiastic gardener.

To read more about all of Donna’s books and see pictures from her garden and research trips go to: http://www.donnafletchercrow.com/
You can follow her on Facebook at: http://ning.it/OHi0MY

Posted by Christine Lindsay at 5:39 PM