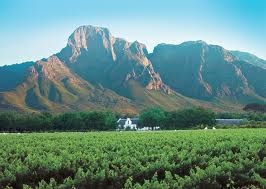 Five days – that was all the time that Vicki, Susan’s mother, could spend in our beautiful city – the Cape of Good Hope called ‘the fairest Cape in all the world’ by British sailor Sir Francis Drake in 1580. As we showed them the sights – the cable car, the winelands, the penguins and ate fish and chips at the harbour – we were able to share our experiences over the last 21 years.

Grandpa Charles and his family were moving on as well to start their tour of South Africa so they also only had a few days.

The memories of those days will be ingrained in our minds forever.  While we spent time with Charles and Rebecca and their daughter, Susan and Vicki were able to spend one on one time with each other.   And as we spoke and shared we could see the threads of God’s tapestry being woven together to make this beautiful picture that we were now part of. 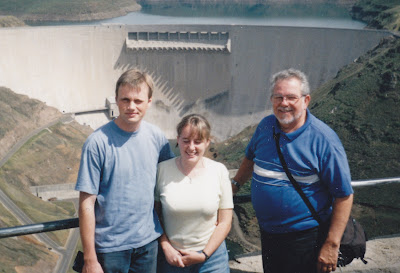 Up until now we had only seen the back of the tapestry.   The more we chatted the more we saw little miracles that had happened over the years.  Our meeting together was an answer to prayers that had been prayed many years before – prayers of faith knowing that the answers may never be seen on earth.

A decision had to be made as to where the baby was going to be born and although Cape Town was far away from where they were ministering, there were various factors that made it the right place for Vicki to go to – the right place of course was where we were!    She went to the same agency that we had applied to.

Up until the time that Susan was to be born, Vicki had still not made up her mind as to whether she was going to put her up for adoption or not, so she put a fleece out to God.   The fleece was that if she saw the baby after it was born she would keep it, if not then she would know that she was to be put up for adoption.    The day after the birth she enquired of the nurse about the baby and what she looked like.   The nurse, with surprise, said “ but we showed her to you.”   She has no recollection of that at all.    God was weaving his plan. 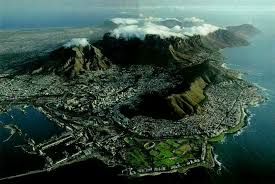 As mentioned before, Charles’ first wife had been killed in a motor car accident and my story would not be complete if I did not, with love, make mention of her.  A grandmother, who prayed daily but never saw the earthly answer to her prayers.    From the time that Susan was born she prayed every day for this child that she had never seen.   That God would have his hand over her.   That He would protect her and that she would grow up to serve Him.

The day that she died she had an African translation of the bible and a hymn book with her.   After she died Charles wrapped it up not knowing that one day he would give that same hymn book and bible to the child that his wife had prayed for, for so many years.

Vicki never sent the photograph on to her father, the one that she had received attached to the email because of the resemblance to her mother.  She wondered if she was imagining it.

Charles had arrived in Cape Town the day before and we met up with them at their accommodation.  As Susan stepped out of the car he was overcome with emotion.   Before him was his granddaughter who was so much like his late wife – her build, the way she walked, the way she tucked her feet under herself when she sat down and so many other similarities.

And so the five days came to an end.   This is a note that I received from Vicki after she left:

“I guess I have a better understanding of how Mary felt (Luke 2:19) when she “kept all these things and pondered them in her heart.”  This has all been so amazing for me.  I would sometimes imagine about hearing from my child, but this has exceeded all I ever imagined.  Only God has the capacity to do that.  Ephesians 3:20, one of my favourite verses says ‘Now to Him who is able to do exceeding abundantly above all that we ask or think, according to the power that works in us, to Him be the glory in the church by Christ Jesus to all generations, forever and ever.  Amen’ 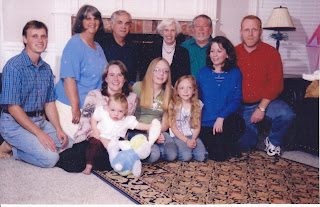