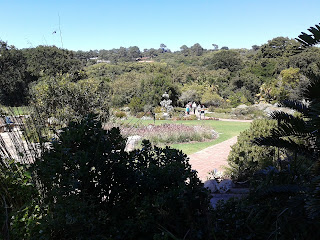 As we stood at the airport on Monday 6 September 1999 waiting for the KLM flight to land, Susan and I both knew that in a few moments our lives could not be the same again. I had my own private thoughts and Susan had hers. Slowly people filed out through customs and then I saw her…….. the girl who had given my child life.  God had chosen us to teach her how to live.  We went forward to greet her, Susan ahead.    Tears filled our eyes as we saw Vicki touching and seeing her child for the first time - her first words “you are so beautiful”. 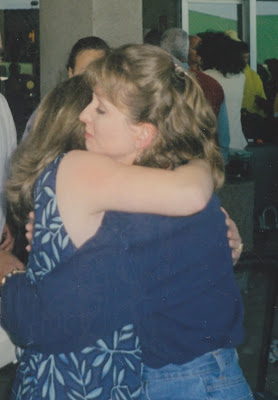 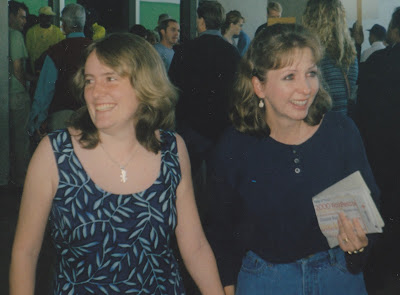 The journey to this point had had many frustrations and delays.  Six months had passed since we had been given the details of Susan’s grandparents.   Susan’s biological family have since shared with us their journey from the time that Susan was conceived until they received the phone call from the agency but that is their story to tell.

The social worker had not given Grandpa Charles too many facts about Susan  - he wanted to know so much more, but they wanted her mommy to be the first to hear.  He gave them her address and so they wrote a letter to her giving her information about Susan.

Charles phoned her.  Because of the time difference between South Africa and America it was five in the morning when Vicki's phone rang.

Vicki was anxious when her husband told her that her father was on the phone as the last time he had phoned so early in the morning had been to tell her that her mother had been killed in a motor car accident.  Her husband said to her that she really needed to take this call.    He knew that she had put a baby up for adoption when she was much younger.

The line was a bit crackly and all Vicki heard was the word ‘ baby’ and thought her father was telling her that he and his new wife were going to have a baby!   One cannot imagine how she must have felt when she really understood what he was telling her.  Vicki had always prayed that somehow, one day, she would just be able to find out that her baby was okay.

The letter that they sent to America just never got there.  We didn’t know this.  Susan especially was feeling anxious and had to work through the possibility that maybe her mother didn’t want to meet her and had to come to the place again of confirmation in her heart that her identity was in Christ and she would be the same person whether she met her or not.

We phoned the adoption society to find out whether they had heard anything.   They phoned America and found out that the letter had never arrived there. They then decided that Susan could go ahead and send an email directly to her mother.   In a previous article there was a picture of Susan in a sari, this same photo she attached to her email.   What were the feelings that went through her mother’s mind as she saw a picture of her daughter? We also went ahead and phoned her grandparents to introduce ourselves to them.

It was September.   Her mother made arrangements to fly to South Africa.   Another miracle in God’s big plan was that Vicki didn’t have to fly alone.   Her step-sister (Grandpa Charles had married her mother) had many months before planned to fly to South Africa in September for a holiday.  They were able to fly together – a wonderful support at this emotional time.  This step-sister was also the first person Vicki had ever told that she thought she was pregnant. (It wasn’t her step-sister at that time).  Grandpa Charles had already planned to drive down to Cape Town to pick up the sister before he knew that his daughter would be coming as well.  We were therefore blessed not only to meet her mother but other members of her biological family.

We fell in love with them all and knew from that moment that our two families would become a unique blended family. 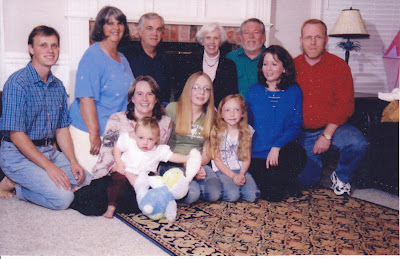