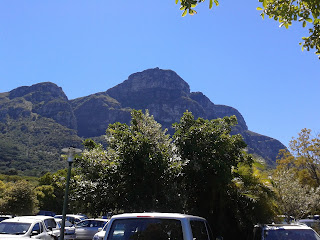 The social worker started reading from the file that she had on the desk in front of her.  We sat in awe as we heard some of the background of Susan’s biological family.

So many similarities it was uncanny.    The agency had been so sure that we were the right family for Susan that they looked passed the fact that physically she didn’t look like us at all.   She was fair and petitie – and we were………...

Time to take the next step – where does one start.  After much consideration Susan decided that she would delay the process as she was shortly to be married and there were so many emotions around getting married so didn’t think that she could cope with the emotions of trying to find her mother.  We had been told that statistically there would only be a 20% chance that things would work out well.  Susan had to be prepared for this knowing that her identity was in Christ not in whether she found her or not or whether she would be accepted or rejected.

Six months later she was ready to start the process again, but now she was wondering whether we were really ready for her to start the journey.  We had told her that we were, but was this really how we felt?  God confirmed in her what we had always told her when I brought up the subject myself and asked when she was going to call the agency again.

We went back to speak to the social worker – her husband came with us.

The plan was that the Social Worker would try and contact the grandparents through the American Embassy in the country where they were serving.  We knew that this would take a while.  This process is not for the impatient.

And so we started our amazing journey of miracles and coincidences.  Even today in quiet moments I will think of everything that happened and remain amazed.

The first experience of God’s miracle was just after we had been to the adoption agency.  It was at Eastertime.  Susan had asked me if I would go with her to a church all-day function.  I only had one hour free.  In that short time while we were there we met a couple who were missionaries in the same country as Susan’s grandparents.  There was no way that I wasn’t going to ask them if they knew them.  Amazingly they never asked why we wanted to know or what our connection was with them.

Step into our shoes for a while and imagine the feelings and emotions that passed over us when they said that they knew them well and if I phoned   the next morning they would provide me with a phone number and email address.  Wow God.  Instead of waiting weeks and weeks we only waited a few days.

But there was sadness too as they told us that her grandmother had tragically died in a motor car accident a few years before, so we knew that we would never be able to meet her.  Her grandfather had however remarried, and he and his new wife had moved to minister in another African country.   I will share a very precious memory in a later article.

So here we sat with all the details.  Should we make a phone call or write an email?  Would it be right for me to make phone call and say something   “Oh hi, my name is Sheila and I adopted your granddaughter.”

What would his reaction be if he didn’t even know that he had a granddaughter? So even though we were so excited to speak to him, wisdom prevailed and we phoned the agency and gave them the details.

On a day that would change their lives, the telephone rang in a house where two missionaries were doing what God had called them to do. Grandpa Charles’ wife heard the person at the other end of the phone saying, after she had established that his wife knew the family history, “I am calling from the adoption agency in Cape Town.  The baby that your daughter gave up for adoption 21 years ago is eager to make contact with her mother” 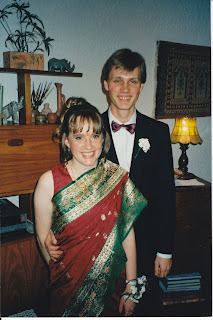