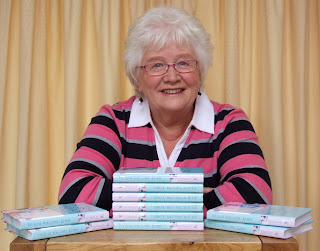 It was the Church Gift Day and we had put a sizeable sum into the collection for the Building Fund.

“Why would you offer to the Lord your God something that costs you nothing.”

The voice in my head was so clear that I almost looked over my shoulder to see who was speaking to me. But no one was looking in my direction, as the offering baskets were collected at the front.

“But Lord,“ I objected “ the cheque we wrote for this special offering was a large one. How can you say it was nothing?”

“That was the money you had put aside for My work” came the reply “You would never have spent it on yourself.”  I was mystified. I didn’t recognise that the words about a cost –free offering echoed words spoken by King David when he had sinned and wanted to make a sacrifice to put things right between him and God. [2 Samuel: 24:24] The owner of the threshing floor on which David intended to build the altar and offer an ox, wanted to donate everything  to the king. But David insisted on paying the price.

I heard little of the sermon that day, as I wrestled with what I’d heard in my heart. I went home totally confused. Two weeks later I was watching television, when God seemed to speak again.”

“What about Robert?” he whispered. My heart lurched. This was taking me to more familiar territory. Austin, who had been a wife beater and a gambler, had come to faith in our church and changed completely. But his wife had left him with their three young children, and gone back to her alcoholic mother.

Members of the church had tried to help him, baby sitting and collecting 5 year old Robert from school, but this could only be a short term solution. When an appeal had been made for someone to take the two older children into their family, while attempts were made to heal the marriage, we hadn’t even considered it. Our children were 11, 13 and 15 and my career as a writer was beginning to blossom.  I had signed a 3 book contract. Now I had to write them.  Surely God couldn’t have us in mind for foster parents of a 4 and 5 year old? But it seemed that He did and I had a huge time challenge.

Faced with a pre-schooler and a family that had nearly doubled in size, I prayed despairingly ’Father, I can’t let the publisher down now. But I need to know if you really do want me to write these books .Please give me such an extraordinary sign, like Gideon’s fleece, that I can’t possibly argue it away.’ The sign came. Within weeks, a complete stranger offered me, a non- typist, enough money to buy 12 months worth of secretarial help. I invested the lump sum and it lasted for nearly ten years, and ten books. 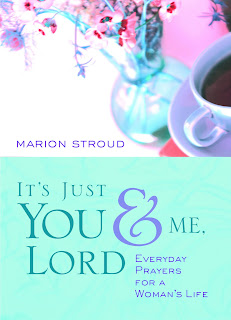 If people are not Sam’s Club members or don’t have a store in their area they can order at a discount from the publishers, quoting the Author code