Christine Here: I'm so thrilled to share the continuation of Sheila Callanan's Adoptive Mom story from South Africa. Her poem at the end of this article for the birthmother of her child brought me to tears.

FROM CAPE TOWN by Sheila Callanan


Now, in many respects I am placid by nature and handle crisis pretty well.  Something changed on the 22 March 1978 when the telephone rang and the voice on the other end of the line said “Am I speaking to Mrs. Callanan?”

When I answered her in the affirmative she went on “Did you and your husband apply for adoption?”

Again I replied in the affirmative.

“Well I am phoning from the adoption society to let you know that we have a little girl for you.”

In that moment I did the craziest thing – I asked her to hold the line for a moment and ran across the road to my ‘bestest’ neighbour and shouted through her window that the agency was on the phone and they had a little girl for us.  Poor social worker, she must have wondered where I had got to. Still with my heart pounding, I went back to speak with her.

She then went on to tell me that there was a slight problem which she needed to tell me about.

They never placed a baby in a home for permanent adoption if there was any medical problem or deformity and the baby that they had for us had been born with a club foot and would need a lot of medical care in the next few years.  The reason why they were prepared to give her to us was that they had prayed about it and felt that this baby was meant for our home.

Without hesitation I told her we wouldn’t mind at all but she insisted that I call my husband first and just make sure that he was also okay with this.

From the time we had applied we had waited two and a half years for this phone call.  Her big sister, Linda, was excited and promptly gave her a name.

The next afternoon we were in the reception room anxiously and excitedly waiting for the door to open which would bring us our new baby.

The tiniest little girl was placed in my arms all wrapped up in a pink blanket.  She only weighed six pounds. She was two weeks old. 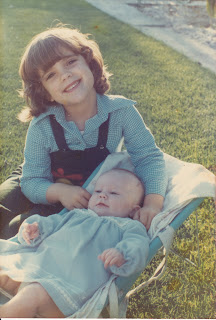 Deep down in my soul I wept for that girl.   Who was she, what were the circumstances?   I would honour that choice and do everything in my power, through the grace of God, to give her child a stable, happy and secure upbringing.

THE MOTHER OF MY CHILD

I never ever knew your name
I never knew from whence you came
But gazing down at the sleeping child
I thought of you and I ached inside.

I bore you up before our God
The sacrifice had been so hard.
One day somehow, somewhere, some place
Would God allow you to see her face.

I loved her, I cared for her, she was my own,
We laughed, we cried she brought joy to our home.
I watched her skate, I heard her sing,
My heart was glad as she served the King.

Mother of my child, you were always in my heart,
I thought of you, I prayed for you, in my life you had a part.
Your eyes, your nose, the colour of your hair,
Your height, your walk what all did she share.

Susie was in plaster of Paris from her toes to her thigh for the first 13 months of her life with only a few breaks. Her leg was in a frog shape. (In the year to come I was paranoid about keeping the plaster clean and was continually cleaning it with shoe whitening. Diapers (in South Africa we call them nappies!) were changed in an instant because nothing could run down into the cast).

She had some painful medical procedures but in all of this was a sweet, friendly little girl who hardly ever cried.

From an early age we, through storytelling, were able to introduce her to the fact that she had a ‘Carry Mommy’.  When she was older we were able to assure her that if ever she wanted to find her birth mother we would support her in her search.  We had had no counseling on how to tell a child that they were adopted.   We never read any books.   God gave us the wisdom because he was already working out His plan.

We phoned the Adoption Agency………..