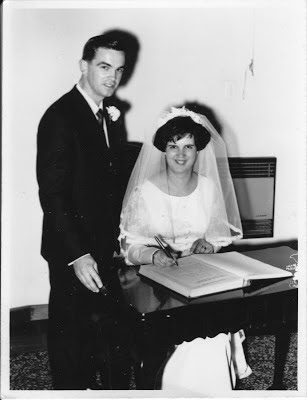 I had this most amazing dream.  A “biblical” dream where upon waking I knew that God was telling me something.

I have never had a dream like that again.  In the dream I had a little dark haired girl.   I called her Linda Joy.  My husband told me that he wanted to call her Linda Heather.  The two names, we found out later, meant Beautiful Flower.  This dream was six weeks before our appointment with the adoption agency.

A week before our appointment I came down with a really nasty stomach bug.  I could hardly lift my head off the pillow and couldn’t keep any food down.  I didn’t want to cancel our appointment with the agency on the Friday morning, so the night before I went to the doctor to see if he could give me some medication so that at least I could go.

Medication?   I didn’t need medication—he did tests and confirmed that I was at least seven  weeks pregnant.

I felt so sick that it didn’t real sink in what he was telling me.  Because it was too late to cancel our morning appointment we made our way to the agency just to tell them our news.  From the moment of finding out about the pregnancy I knew that we were going to have a dark haired girl.  We knew what we would name her.  God had told us in my dream.  Our beautiful flower.

Now I was confused.

What was God trying to teach me when I had just come to the point of accepting that God had different ways of placing children in families.  Maybe I still don’t really know but one thing I do know, without a doubt, was that God wanted this baby to be part of our family.

On the 2 December, 1972 Linda Heather was born after a normal pregnancy with not even a hint of a miscarriage.   I so enjoyed being pregnant (after the morning sickness had stopped that is).

Now I was convinced that the Lord had taken us on a journey of acceptance.  I had my little girl, He obviously in His wisdom did not want us to adopt, so what was the point of waiting we would go straight ahead and have another baby. We’re waiting ……………….. three years later we’re still waiting!

Now there was absolutely no doubt about it because we had already walked this road—we would once again apply to adopt a baby.

The only difference this time was that we felt that we should go to a Christian agency. (Here I just want to add, for your interest, a little culture of South Africa.  We have eleven official languages, English being the main one. This agency was predominately Afrikaans.  At that time in South Africa an English family—that’s us—would not be allowed to adopt a baby from an Afrikaans mother.  We knew that we would have to wait longer because of this.
It’s not like that now and adoptions take place across race and language.)

Later in this story you will see that this was a critical decision and ordained by God.   If we had not done this we would not be able to share this miraculous story with you.

We phoned the adoption agency for an appointment.

The LORD directs the steps of the godly. He delights in every detail of their lives. (NLT)
Psalm 37:23