Christine here: Today's guest is author Sherry Kyle who will share the tender adoption story of her daughter, Grace. Below that tells you about Sherry's new release, The Heartstone. 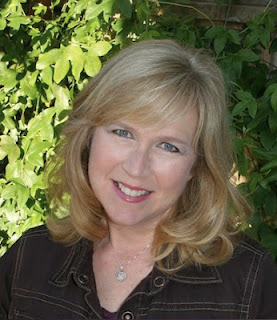 When I was ten years old, my mom, sister and I saw a movie called The Inn of the Sixth Happiness starring Ingrid Bergman. The 1958 movie is based on the true story of a missionary in China who leads 100 Chinese children from one area of China to another during the Japanese-Chinese war. The movie impacted me so much so that ever since that night, I wanted to adopt.

Fast forward to many years later. I got married, had three biological children, and continued to foster the idea of adopting a child who needed a stable home. When my children were 1, 3 and 5, I started collecting information from different adoption agencies (without my husband’s knowledge.) I was mainly focused on China or Korea because that was the image God placed on my heart many years before.

I collected information about adoption for a good year before talking to my husband about it. I didn’t want him to squelch my dream. When I finally gathered my nerve and talked to him, he said, “You talked about wanting to adopt in college. This isn’t a secret.”

I was stunned. I didn’t remember sharing this piece of my heart. The best part about opening up and sharing my desire was that my husband joined my quest with open arms.

As we began to pursue adoption seriously, a friend from church, who did respite care, helped us to see the need for foster-adopt families. This was the right choice for us financially. We could obey God’s call without going into debt.

We went to several orientation meetings from different agencies before deciding on a local Christian non-profit agency. Four months after completing our home study, we saw our future daughter’s picture in a photolisting book. She was Filipino, had been born 10 weeks early, weighing only 2 pounds, 12 ounces, and had a high risk of having cerebral palsy due to her premature birth. She was not yet legally free for adoption, but the termination of parental rights were scheduled to happen within a short time.

Our social worker submitted our home study, and our family was chosen after waiting three long agonizing weeks. After a month of visitations, Grace came to live with us.

Because of some complications with the termination of the birth parents’ rights, Grace’s adoption was not finalized until almost two years later. Grace always felt like she was mine, but when we stood before the judge and promised to take care of her, she truly became one of us.
All those years ago God gave me a mental picture of a child who would someday be mine. Grace is that little girl. She’s happy, healthy, and super amazing. We feel so blessed.

“Take delight in the Lord, and he will give you the desires of your heart.”
~Psalm 37:4 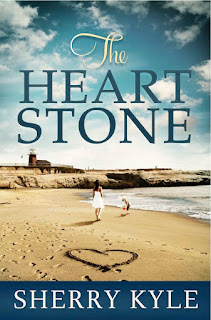 THE HEART STONE
When the biological father of Jessica MacAllister’s son decides to break their custody
agreement, Jessica and her son visit her Uncle George for advice and refuge…
Following a year of grief, Evelyn Sweeney is finally ready to move on. Pondering her new
path in life, her mind drifts to her first love, George MacAllister…


When the lives of these two women cross, they discover that one heart-shaped ring binds their
stories together. But will the results be a rekindled faith and new hope, or will it lead them
both back into the darkness they’ve fought for so long?

Contact Sherry Kyle and Purchase links below for her book Heart of Stone.
website: www.sherrykyle.com
Link to book trailer: http://www.sherrykyle.com/books/the-heart-stone/
Link to purchase: Amazon http://amzn.to/13Q215I
Christian Book Distributors http://bit.ly/UszXiT
Facebook: http://on.fb.me/ncb9Mg
Twitter: https://twitter.com/sherrykyle
Sherry Kyle is a graduate of Biola University with a degree in Communications. She is a freelance writer and a small group leader for her church. Her book for tween girls titled The Christian Girl’s Guide to Style released from Legacy Press in 2009. Her debut fiction novel, Delivered with Love was released by Abingdon Press in 2011. Sherry maintains an active membership in the Christian Writers Fellowship International, American Christian Fiction Writers, and Adoption Writers. She is also a graduate of the Institute of Children’s Literature.Sherry has four children, three homegrown and one by adoption, between the ages of 9 and 15. When she isn’t writing, she enjoys jazz concerts with her husband, Douglas, watching movies, and spending time with her family in central California.
Posted by Christine Lindsay at 12:30 AM