I'm a wife. I'm a mommy to two of the cutest kids on the planet (and not biased at all, nooooooo), who I home school. I'm a writer, mostly of historicals. I'm an editor for my husband's publishing company. I helped found a review organization. I've now worked with three different publishers.


And for a while there, I had no idea where I was going.


I remember standing in our church basement, leaning against a table. My kids were playing in the nursery just down the hall, the lights were off behind me, on in front of me. We were getting ready for a Bible study, and at the moment, it was just me and my husband and my parents there. The subject--whether or not I would attend the ACFW conference coming up in a few short months. 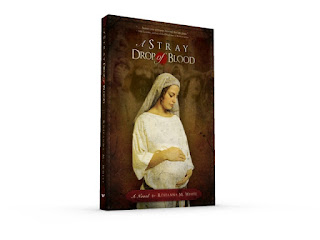 I'd gone the year before, pitched a contemporary. I'd felt good about it at the time, but no leads had panned out. So in the meantime, I'd launched A Stray Drop of Blood, had done a tour for that, and was hard at work on Jewel of Persia. Both of these biblicals were for WhiteFire Publishing, my husband's small press. We were launching other authors after JoP came out, which meant I was now an acquisitions editor as well as an author.


But I'd always been an author with big dreams. I wanted fame, I wanted big advances, I wanted to walk past people reading my books on the beach, in the airports, in waiting rooms. But more and more over the last few weeks, I heard the Lord asking me, "And what if I want you right here?" 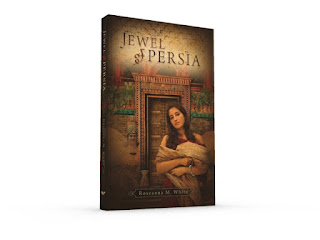 So that afternoon in the summer-warm basement of my church, I leaned against a folding table and said, "You know, I don't think I'm going this year. I don't see the point. I've spent the last six months working on a book I'm not pitching, because it's for WhiteFire. I've already pitched everything else I have ready, and no one wanted any of it. I don't know what I'd do. I don't know where I am. But I can't shake the feeling that next year I will know. That right now, I should just focus on WhiteFire and trust that this time is a time for rest."


That was probably the clearest, and most right-on advice I've ever received from the Lord...well, that I understood was completely of Him. ;-) For the rest of that year, I focused on building WhiteFire, on promoting my biblicals. Of course, I still checked in on other projects with other editors, but I was okay where I was. I knew that it was exactly where the Lord wanted me.


But it was just after the new year, in 2011, when I got a rather out-of-the-blue email from the editor at Summerside Press. It said something along the lines of "We have an opening in December, and I think Love Finds You in Annapolis would be a perfect fit--how fast can you get it to me?"


Now, Annapolis was barely more than halfway finished at that point, so focused had I been on my other projects. But being the over-achiever I am, I said, "Give me two weeks," and proceeded to write 25K in the next 8 days. In March, I got the good news that it had been accepted--my first major deal! I knew, knew with every fiber of my being that it was news that wouldn't have come had I not been obedient. 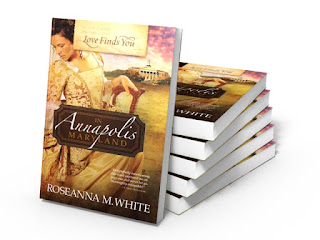 Because it was news that would have meant something completely different a year earlier. When I received it at that point, I had finally found peace with small beginnings, with blooming wherever He planted me. I had found freedom in writing the stories of my heart. I had found joy in my right-now, in my right-here.


And oh, how I saw the Lord's timing had been perfect! Over the next six months, sales boomed on my biblical titles with WhiteFire. Annapolis released in December, and while it certainly didn't top any charts, it sold well. Well enough that Harvest House didn't mind taking a risk on me and signing me for a 3-book deal, the Culper Ring Series. I'd nearly given up on this idea that follows America's first spy ring through the Revolution and then explores the what-ifs of their continuation through the next century, but I was so, so blessed to find an editor that loved it every bit as much as me. I love that as I dug into the history, I found that the story wasn't just cloaks and daggers, it was ordinary people like you and me who made a difference by getting up each day and looking for ways to change their world. What life-lessons and opportunities would I have missed had I not pitched the idea to my editor on a God-inspired whim? 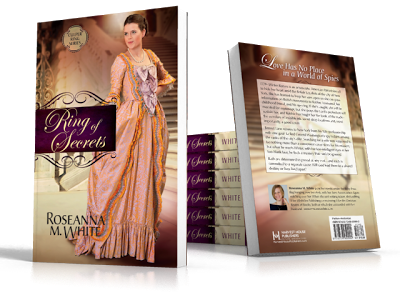 And then, before the first book, Ring of Secrets, even released, they offered me another 3-book deal for Let Me Count the Ways, a series following the life of Elizabeth Barrett Browning and a secondary character. That totally floored me!


So here I sit, feeling the faithful promises of the Lord in a way I'd begun to think I never would. I can look at WhiteFire's growth and know that it is possible because I obeyed. I can see that my biblicals have sold as many copies as my big press book and know that, yes, the Lord's hand was there when He told me to be still and wait, to write those stories He put on my heart. And I can pick up my beautiful copy of my brand-new Ring of Secrets and smile, because I now have another wonderful publishing home that has put their full faith behind me.


Part of me still wants to be a bestseller, to be an award-winner. But at this point, my lesson has been learned. I don't need accolade or hefty checks or name recognition. I only need that peaceful knowledge that I am where He wants me. That I am who He wants me to be. And that my stories are His stories.


The Ring of Secrets book trailer!
This baby is pretty cool, gotta say. Wonderful British voice-over that they found!

Read the First Chapter of Ring of Secrets


Come find me! I'm seriously addicted to email and social media, so drop me a note or a simple hello at: