COTT Kicks Off Tournament of Champions

Guest post by Jennifer Slattery
Last week, Clash of the Titles launched their first annual Tournament of Champions with two clashes and four talented authors. In Clash one, CS Lakin, author of Someone to Blame, and Marianne Evans, author of Heart Crossing, went head-to-head in a nail-biting, literary duel. In Clash two, our very own Gail Pallotta, author of Love Turns the Tide, competed against Clare Revell, author of A Season for Miracles. All four excerpts rocked, and this was a tough call, but you, our faithful readers chose two Tournament of the Champions' finalists.
Those finalists were Marianne Evans and Gail Pallotta.
Exciting stuff, and yet, the games weren’t done. In the next round, COTT staff cast their votes, and once again, one writer rose to the top and will advance to the next round.
That author is…
Marianne Evans! 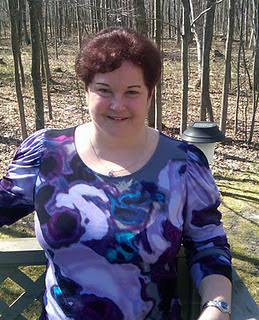 And here’s a glimpse of what a COTT champion excerpt looks like:
“Collin Edwards stood before the funeral assembly. Heat crawled up his body. He clutched the edges of the podium where he stood and cleared his throat. The gesture was in vain. His throat constricted so much it hurt. Before the altar, just to the right, rested a flag-draped casket.
He looked down, at a piece of paper upon which he had crafted the words to a eulogy…” (Read more of Excerpt B here.)
About the novel, 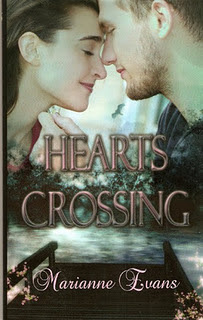 Heart Crossing:
Collin Edwards, a former parishioner at Woodland Church, has renounced God without apology, his faith drained away in the face of a tragic loss.
Daveny Montgomery cares deeply about her relationship with God, and the community of Woodland . Lately though, she's been in a rut, longing for something to reignite her spiritual enthusiasm.
A beautification project at Woodland seems the answer for them both. Daveny spearheads the effort and Collin assists, but only with the renovations, and only because he wants to know Daveny better. Despite his deepening feelings for her, even stepping into the common areas of the church stirs tension and anger.
Can Daveny trust in Collin’s fledgling return to faith? And can Collin ever accept the fact that while he turned his back on God, God never turned his back on him?
We’d also like to congratulate our prize-winning readers:
Jessica R Patch! She won a $10 Amazon Gift card from Elaine Cooper.
LoRee Peery! She won a free bookmark design from Delia Latham.
Larry Hammersley! He won a $10 Amazon Gift card from Author Anne Patrick.
Join us this week for more fun and prizes as four more authors jump into the ring hoping not only to advance to the next round, but ultimately reign as the Clash of the Titles’ champion of champions! Remember, every vote counts! Each vote gets your name thrown into the hat for our fab-tabulous grand prize give-away comprised of fourteen novels!
Visit our Tournament of Champions page for a complete list of prizes.
***
Jennifer Slattery is the marketing manager for Clash of the Titles. She writes for Christ to the World Ministries, the Christian Pulse, and Samie Sisters and has written for numerous other publications. She also works for Tiffany Colter, the Writing Career Coach, as a professional manuscript evaluator and publicist. You can find out more about her and her writing at her devotional blog, Jennifer Slattery Lives Out Loud. You can find out more about her critique and publicity services at Words That Keep.
Posted by Christine Lindsay at 9:26 AM

Email ThisBlogThis!Share to TwitterShare to FacebookShare to Pinterest
Labels: COTT