Today it's a real pleasure to review the latest release of my writing peer, and publisher, Roseanna White.

One of the many things I like about WhiteFire is they publish books that some would call edgy Christian fiction--I prefer the term, realistic.

The wrong things happen in life, and that's why we need the Savior. But in WhiteFire Publishing, while these issues happen within the story, the story must always point back to the need for Jesus Christ to wash away our sins. That's what happens within the pages of Jewel of Persia which I rated 5 stars.

Jewel of Persia is a glowing example of wonderful writing combined with a fascinating historical era and mesmerizing characters. But the author took me for a romantic spin I never expected with this story set just prior to the reign of Esther, the little Jewish Queen.

I was prepared for an epic tale set within the rich tapestry of a Biblical setting, the elegant and sophisticated kingdom of Xerxes, King of Persia. And this book fulfilled all its promises. At times the exploits of Xerxes reminded me of scenes I’d seen in the movies 300 and Troy.

What I wasn’t prepared for, and absolutely delighted by, was the tender monogamous-type love between King Xerxes and his favourite concubine, Kasia.

The last thing Kasia wanted growing up as a young Jewish girl in Susa was to be concubine to the richest and most influential man in the world, especially when she could never be his wife or Queen, but only a concubine among hundreds of wives and concubines.

The author painted the scenes of the wives’ palace with such detail that this social phenomenon of past ruler’s having hundreds of wives enthralled me.

But unexpected love can come to the ‘king of kings’, and to a lowly Jewish girl when they meet on the banks of the river like two ordinary people.

That tender, sensuous love carries the reader through much heartache with Kasia and Xerxes. And the king is seen to be a man who needs the wisdom of a good wife. Xerxes relies on Kasia to shape decisions that will shape the world. It is an ordinary Jewish girl who teaches the king of kings about the Lord of Lords, paving the way for Esther and her crown. 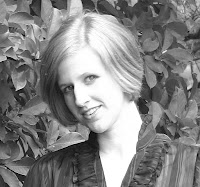