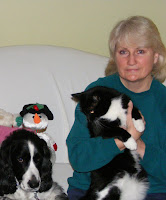 There’s a term floating about the world of Christian fiction the last few years, a term I didn’t pay much attention to. At least not until it was suggested that my novel fit that category.

It was a bit of a shocker to think my Shadowed in Silk would fit anywhere in that category. There are certainly no vampires in it. And I come right out and explain the gospel message of Christ through one of my characters. But still, some would say my debut novel leans in the direction of edgy.

As I wrote Shadowed in Silk, I worked hard to mirror the emotional and spiritual lives of real people. A fair chunk of my own thinking when I was young and searching for truth is portrayed in my characters, as well as that of my thinking as a mature Christian. I wanted to reach all sorts of levels in readers' spiritual understanding.

My story is about a woman who is abused and then abandoned by her husband, and who then falls in love with a kind man, who happens to be a Christian. I’ve got to tell you right now, that the book is squeaky clean. But it’s considered edgy because of what this distraught woman feels in her heart, because what she feels is wrong.

A few Sundays ago, I had a chance conversation with a woman who had just started to come to church. She shared a bit of her life which had been scarred by poor morale choices in her youth. I caught that look in her eye. She wondered about me—did I understand the sadness due to her immoral youth.

I told her that if she could have a heart-to-heart talk with each person in our church, she would find that most people did not have a sweet and perfect life. She’d be surprised to know how many of us had babies before we were married. Me, being one who had relinquished a child to adoption. Then there are all those couples who are on their second marriage, and bear the pain of a failed previous marriage, or who were abandoned by their first spouse. There are people in our pews who’ve been to jail. I’ve held the hands of some who've had abortions before they became Christians. I know a few who used to have issues with anger, alcoholism, drug addiction, adultery.

So, it seems I've written a bit of an edgy book. Maybe that will be my brand. One thing I do know, Christians like to be entertained too, whether it be through an edgy story, or a gentle one.

God can use it all.
Posted by Christine Lindsay at 11:02 AM