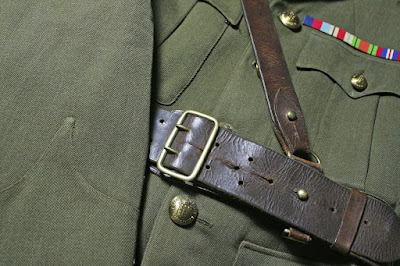 Today I thought I'd share one of my favorite romantic scenes from Shadowed in Silk. Hope you like it.

A sigh escaped as Abby’s anger changed to an overwhelming sense of loss. She could love a man like Geoff. A nerve flickered across her eyelids. Oh, help me . . . I do love him.

Geoff moved close to her ear. “Aim at the target.”

He must never know how she felt. She gripped her lower lip between her teeth to stop from whipping around and running from him. She couldn’t bear his nearness any longer.

“Gently,” he said, “squeeze the trigger.”

The gun exploded into sound. It rang in her ears, and she lowered the weapon. Her pulse pounded, and her breath went shallow. But it wasn’t from the shot. She was used to that. With his nearness the soft hairs on his forearm brushed against hers.

She bit down on her lip.

“There now,” Geoff said. “The first shot takes a bit of getting used to, but you did fine. Exceptionally fine . . . for a beginner.” His brows drew together, but he talked in that soothing voice he used with the people he cared for—Eshana, the children at the mission, Cam. And her. Just one of the many.

But she wanted more from Geoff. She wanted him to hold her hand. To hold her. Wanted him to help her at night to tuck Cam into bed, and his gentle smile as they watched her son go to sleep. Her lip bled a little, and she tasted the metallic tang of blood. She wanted Geoff’s kiss.

Tears pricked at the back of her eyes. God would never allow that. And Geoff could not––or more accurately––would not ever give her that. Like Joseph in his treasured Bible he’d run from her with disgust filling his face. She was married. Even if she divorced Nick, Geoff would never marry her.

The beating of her heart seemed to clang inside an empty steel vessel. She lifted the rifle, pressed the butt into her shoulder, laid the stock next to her cheek, and pushed away all thoughts of Nick . . . her father. She and Geoff could never be more than friends, and they must remain friends from afar. But for this moment she would be herself with him. Nick would never be interested, but she wanted Geoff to see the person she was.

Each muscle along her spine uncoiled and became fluid. She steadied her breathing and focused on Geoff’s voice. She checked the breeze, adjusted her aim, and squeezed the trigger. With her focus on the bull’s eye she hardly noticed the bang, but smiled at the clean black hole in the center of the target. She shot back the bolt and emptied the spent cartridge onto the ground at their feet. Sliding the bolt in, a fresh cartridge now in place, she began to rapidly empty the MK III, creating a small wreath of spent bullets on the target.

It felt as though every inch of her skin warmed in Geoff’s silent awe. Someone she—yes she would say it—someone she loved was interested enough to look at her and . . . see.

Burnt cordite filled her senses. The only thing keeping back her tears was the same silly joy she used to experience when as a teenager she’d practiced for hours to please her father. But he’d never seen her. She’d only been a presence in the house, little more than the servants.

Then Nick . . . he’d seen her only as a means to further his career.

As the last shot reverberated in ever decreasing waves, silence shyly entered and filled the glade. She turned her back to Geoff. With her whole being she yearned to love this good man. But because of his impossible standards, she would have to hide her love from him and cast him from her life. Get rid of his big brother forbearance before it shred her heart further.

He followed her out of the clearing.

Could he not see into her soul as she walked at his side, that she’d longed for him and had thrust those longings away, all in the space of half an hour? The lonely years ahead opened before her like a dark chasm.

Before they reached the campsite he put out a hand to stop her. His gaze lowered to her mouth. He reached into his pocket, removed a clean white handkerchief and pressed it to her lower lip. All breath left her at his touch. When he removed the handkerchief, he glanced at the speck of blood, his eyes a somber gray. He folded the linen and replaced it in his pocket.

She brushed the hair from her eyes. “I just did,” she whispered.

He shook his head. “I suppose you did. Are you as proficient with a handgun?”

He placed his hand on her shoulder, indicating they go on. When he withdrew his hand, a piece of her heart felt as though it fell to the ground, spent.

I hope you enjoyed this scene. It's only one of my favorites. The printed version of Shadowed in Silk comes out Septemer 1, 2011, but the Ebook can be purchased right now at the following sites. Just click on either one for purchase.Amazon.com and Barnes and Nobel
Posted by Christine Lindsay at 2:10 PM