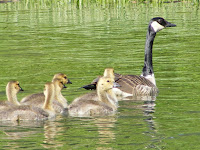 Something the Lord Jesus said sticks in my mind like a burr.

“You, give them something to eat.”

He said this to His disciples when a multitude sat in the wilderness for 2 days in order to listen to Him. The disciples knew they had nothing, but when they asked Him to send the people away, Jesus gave them that cryptic command.

He knew very well the disciples had little food, and possibly none. Yet He still told them to feed that huge group.

Those words ricochet in my mind because He’s trying to tell me the same thing today.

You're probably the same as me—you have a mortgage, a couple of kids in school, or you need a functioning car to drive to work. Most of us feel there is nothing left over from the pay check to sacrificially give. But He tells us to do it anyway.

Why am I afraid to sacrifice out of my pay when I know that I can’t possibly out-give God? He’s proven it to me in the past, with far greater sacrifices that money.

About 32 years ago I was pregnant and unmarried. I wanted to do the best I could for my baby, so hard as it was, I relinquished my child to a Christian adoption agency. They assured me she had the best of parents. That was all I expected from God. But that was the first time in my life that I learned—I cannot out-give God.

A year later a wonderful man loved me enough to marry me. As time went by God filled my arms 3 times over with children. My 3 kids were never a replacement for my daughter, but God returned to me 3-fold what I had entrusted to Him.

Years later, I was sure my dream of a fictional writing career was dead and buried. The Lord had lead me to pursue writing, but after 12 years, my manuscripts were continually passed over. An opportunity came up to do some non-fiction writing (free of charge) for a Christian ministry.

The Lord nudged me. “Are you willing to give up your dream to do this for Me?” It was the first time He’d ever asked me to give up my fictional writing.

It wasn’t easy, but I knew that somehow the Lord would provide for our needs while I completed this task.

Six months later, WhiteFire Publishing called. They wanted to publish one of my fictional novels.

Is this a gimmick I’m trying to sell you? Give your money to God and He’ll make you a millionare? No. I do not believe in a prosperity gospel.

But there’s something about God. When He knows you really have given up something for His sake, He rewards in ways that take your breath away. But don’t think for a moment you can fool Him. He knows our hearts even better than we do.

All I’m saying is—don’t be afraid to trust God with a sacrifice from your pay check.
I've seen it in my own life--He never misses my daily dose of manna. One of the nice things about manna is it’s never too much, nor too little.

Malachi 3:10 "Bring the whole tithe into the storehouse, so that there may be food in my house, and test Me now in this," says the Lord of hosts, "if I will not open for you the windows of heaven and pour out for you a blessing until it oversflows."
Posted by Christine Lindsay at 5:00 PM