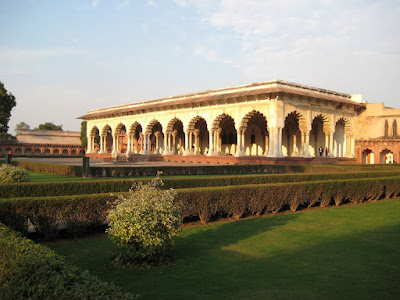 Being a history buff, I loved researching SHADOWED IN SILK. But after writing 2 historical novels, and currently on my 3rd, I sometimes despair. The world is full of couch history experts like me.

Like every writer, I’m prepared for when my book comes out, and hoping a reader won't stop mid-sentence to say, “Hey, wait a minute, that detail's wrong.”

My daughter, the history major, gave me this advice. When writing a university paper, a student must use at least 2 primary sources-–meaning first person experiences, in other words, autobiographies. If primary sources aren’t available, get as many different versions of that particular person or angle in your story as you can.

She also said to be wary of on-line resources. Websites are great to stimulate ideas, and to find where you can get those first-person accounts. Just be careful to back any on-line research with other sources.

But for the best research, I find the good old library is best.

The hero of my story is a major in the British Cavalry during England’s rule over India. To understand the myriad of details that went into the life of that kind of officer, I read the autobiographies and biographies of military personnel from that era.

From those first hand experiences I discovered specifics like the galvanized bathtub my Major Geoff Richards would bathe in---what his uniform was like, his tent when he was away on maneuvers, and one of my favorite details, what it ‘feels’ like to sit on a cavalry charger as it jumps over irrigation canals in Northern India.

My heroine, Abby, was researched by reading autobiographies of famous British women in India, as well the experiences of lowly female missionaries. Details such as how they sailed to the subcontinent, the calf-length skirts they wore, the vinolia soap they used, how they ran a home. I even read British Raj cookbooks written by English women.

How else would I have learned a favorite of British children growing up in India was a chappati spread with marmalade?

And I poured over the autobiography of that famous author MM Kaye as she grew up in India, and who later went on to write the epic Far Pavilions. However, the 3 years it took to write my own India novel, I stayed away from reading MM Kaye’s fictional works that were set there. I didn’t want to unconsciously pick up on her style or wording in any way.

I lost count of all the books I read. My guess is somewhere around 30. But there were books on Indian women’s lives, Indian weddings, Indian flora, cooking . . . the various religions there, as well as the history of Christianity in India . . . the political climate through reading biographies of Gandhi, Nehru and other politicians.

But after all was researched and my story written I wanted to make sure.

A friend who’d lived in India and Pakistan read the novel with the intent of finding mistakes. And still wanting to be sure, I found Dr. Shirley Hereford, a charming Indian woman with a PhD who teaches literature at an all-girls Indian university in India.

Perhaps I did too much research, as a non-published author at the time with no deadline. After reading my story, Dr. Shirley said that she was astounded I’d never been to her country. I seemed to know the place so well. But then, I had been there, through the eyes of others.

Since finishing the book I have travelled to that colorful and mysterious place. When I came home from India last January, I added one or two fresh impressions to the story, but not as much as one would think.

It had been the research that made the place and time of my story come alive for me.
Posted by Christine Lindsay at 9:56 AM