Today, my writing friend, Rita Gerlach, shares a little of how she crafted and wrote her historical novel, Surrender the Wind. Rita takes us into the writer's mind and workshop. For all other aspiring writers out there---I hope you enjoy.

SURRENDER THE WIND--A Review By the author, Rita Gerlach 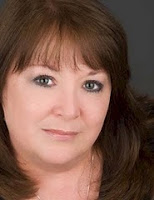 When an American patriot of the Revolution inherits his grandfather’s estate in faraway England, he inherits more than an isolated manor house. He discovers Juleah’s love and a plot that leads to kidnapping, murder, and betrayal, in this stirring tale of fidelity and forgiveness. ~

Instead of answering interview questions, I’m commenting on some quotes from reviewers to give my readers a deeper glimpse into the storyline in Surrender the Wind.
* * *

From author Marylu Tyndall ~ Ms. Gerlach's historic research is evident throughout the story, and her attention to detail and literary descriptions of scenes placed me right in the middle of the action.

If a writer wishes to write a historical novel, research is a vital, essential part of developing a great story. When I began Surrender the Wind, I read numerous accountants of the Battle of Yorktown where the book opens in the prologue. I researched uniforms, dress, weaponry, food, and culture.

As the book moves forward into Chapter 1, the reader is taken to England, to a crumbling manor house in Devonshire. The historical research from this point on had to be in the details. I wanted my reader to see in their mind the scene, outdoors and indoors. Everything from a tallow candle in the socket of a brass candlestick, to the blue and white pitcher and bowl on the heroine’s washing table, adds strong visual imagery. My editor told me once that a place can become a character in a book. I feel that is true for Ten Width Manor. It's walls hold secrets of lives past and present in the story. Because it is the ancestral home of the Braxtons, Ten Width has a stronghold on those living in it.

Then there are the historical cultural markings in a book that make up the characters. Dress. Etiquette. Traditional family life. I studied 18th century wills and marriage customs, the fashions of the period, and how the classes interacted with each other.
* * *

From author Linda Clare ~ The American Revolutionary period comes to life as Gerlach explores themes of patriotism with a faith element.

In America today there is a resurgence of patriotism. We are returning to our roots, our Constitution, and faith. In the 18th century faith played a major role in the lives of people in both the Colonies and United Kingdom. In Surrender the Wind, I bring faith into the story as a lifestyle. It is delicately woven into the characters' personalities. One thing I did not want to do is write a ‘religious novel’. My goal was to write a novel where readers would become immersed into the characters by relating to the struggles they faced which bring about spiritual breakthroughs.
* * *

From Annette Temple ~ A Well-Watered Garden Blog' This book is one of the most romantic books I've ever read. The passion and love that is poetically described between Seth and Juleah was rousing.

I am so grateful to Annette for this comment. She helped me realize that I achieved my goal. Most of us ladies want a bit of romance in our stories, don’t we? We want a hero that is tough with the world, but tender with his lady. And a heroine that is strong in the face of tribulation, but swept away by the love of a man. Romance in a novel, in my opinion, is the most intriguing when what is written is just enough to leave the rest up to the reader’s imagination. In Christian fiction a writer brings out romance deftly, love that goes beyond the material, but deeper into the heart and spirit of the characters.

I’ll close here with a romantic excerpt from Surrender the Wind . It is Seth and Juleah’s wedding night. I hope you will consider reading my novel, and keep an eye out for the release of book 1 in a new series, Daughters of the Potomac, coming out in May, 2012, entitled ‘Before the Scarlet Dawn’.
* * * * * *

In his bedchamber, which they now shared, Juleah slipped on her silk nightdress. Thin white ribbons laced the front. She sat at the dressing table brushing her hair. Tinted with the golden splendor of the candles, she smoothed it over her shoulder and ran her fingers down its length. Excitement filled her, tripped over her skin along with desire. She glanced around the room. How masculine it appeared. A fresh coat of paint would improve its appearance, and white curtains over the windows would bring it warmth and light.

She set the candlestick on the table next to their bed. The brass clock on the mantelpiece chimed out the hour. She paused to listen to the musical sound it made, while she pulled down the coverlet. The door drifted open. Seth came inside, shut it, and proceeded to pull off his waistcoat.

“Ah, have you seen the moon?” She opened the drapes wide to let the moonlight pour in. It bathed the room soft blue. “Is it not lovely, Seth?”

He joined her at the window. Wrapping his arms around his wife’s waist, he stood close behind her. His breath brushed against her neck and she sighed.

He whispered in her ear. “Doubt thou the stars are fire. Doubt that the sun doth move. Doubt truth to be a liar. But never doubt I love.”

It pleased her that he, a Virginian rebel, had memorized the beauty of Shakespeare’s verses. Melting with longing, she turned to him. He took her into his arms. She reached up and pushed back a lock of hair that fell over his brow. “I will never doubt your love, not for anything in the world.”

He brought his lips to hers and she strained against him. Love rose within each heart. He lifted her, and her feet dangled above the floor. Holding her, he kissed her, turned with Juleah toward their bed, and took his bride away from the window.

To read the first chapter of this book, click here on Chapter One: It takes a moment to load, so be patient.

Surrender the Wind is available wherever books are sold. Kindle additions available from Amazon.com

Cokesbury Bookstore is having an amazing sale. Click here http://www.cokesbury.com/forms/ProductDetail.aspx?pid=783958
Posted by Christine Lindsay at 12:00 AM