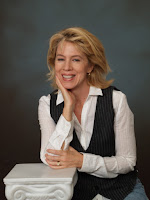 My author friend, MaryLu Tyndall, says that getting a literary agent . . . intriguing a publisher to even look at your work . . . and then have them publish your novel, is a miracle. Anyone attempting to enter the publishing world, Christian or not, knows how true that is.

I believe if someone is published in the Christian world of books, then the Lord has wanted that person's voice to be heard. Just so with MaryLu. Let me tell you about her latest novel.

Surrender the Heart—a naval / historical / inspirational / romance by MaryLu Tyndall—is set during one of my favourite times in history, the War of 1812. The characters, Marianne Denton and Noah Brenin, are two ordinary American people.

Marianne is aware Noah only wants to marry her for the fortune he supposes her to have. She has no love for him either, and allows him to remain under the delusion she will inherit a great deal of money for reasons of her own. When he walks out of their engagement party to tend to his ship, she follows with the intent to confront him. Hours later, she ends up concussed and on his ship too far out to sea to be returned to the safety of her home.

Things are bad enough until a British man-of-war darkens their horizon. Marianne and Noah, along with a few other crew members are impressed (kidnapped) off Noah’s cargo ship onto the hostile English vessel. Then war between Britain and the United States is declared.

MaryLu Tyndall’s fast-paced, fresh style of writing always gives me a few hours to escape from the weariness of life, and inspires me at the same time. In Surrender the Heart, Marianne finds herself in a situation much like that in the biblical account of Queen Esther. Marianne learns that God has allowed the events in her life to bring her to ‘such a time as this’ whereby her faithfulness and obedience can save lives and change the course of history.

Marianne and Noah, as well as the crew of the Fortune discover that, when God is working through them, they are anything but ordinary. By the end of the novel, even the name of Noah’s ship is changed from the Fortune to the _________. But you have to read the story to find out what.

In reading this ripping naval adventure, I found myself rooting for these American heroes, which just goes to show the talent of the author. You see, this particular reader is a Canadian citizen, born on British soil. It’s a bit of a switch for me to root for characters who fought on the other side of the war of 1812. Ah, but we’re friends now, aren’t we.

If you'd like to order this book, click here on Surrender the Heart.
Posted by Christine Lindsay at 6:52 PM