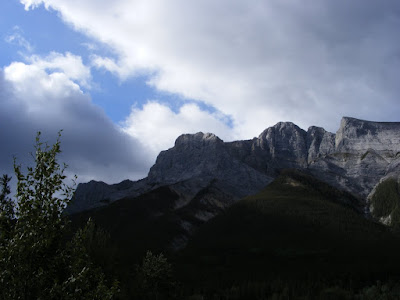 As I write the Children’s Camps International book, I’m constantly encouraged by what the people involved in this ministry have to say. There are times I wish I had the book written right now, so others could benefit from the words of wisdom I’ve gleaned from the recorded interviews. But that wisdom is currently making its way into the narrative of the CCI story.

These past few months I’ve had difficult decisions to make, about selling our house, what I should do in regards to my career, and financial decisions that will affect the rest of my life. They're the same sort of worries that disturb the rest of mankind’s sleep at night.

Last week I shared one of the events that happened to CCI in the midst of trying times—an event that bolstered my faith that gets a bit wimpy at times. Today, I want to share a sampling of quotes from Ray Wieler, President of CCI, from Anthony Samy of India Bible Camps Ministry and a few of his staff. The Lord has used some of these words of wisdom to help me make hard decisions lately.

Moses (IBCM—Staff Accountant): “Before when I was a Hindu, I was very rich. But I had no peace. Now I follow Jesus. I am poor in personal money, but I have great peace.”

Pastor Hendry (Staff member of IBCM): “This teaching of children was a new thing. Before this we found it easy to teach adults. It is harder to teach children. We were very much interested in reaching adults instead. But in the camping ministry, to teach children, you must act like children to get their attention. You must play like a child. Think like a child. Not everyone can do this. It is difficult.”

Ray Wieler: ”Is there a better way? Another alternative? Can we take the cost of what it would be to send one missionary into a country, and instead use that same amount of money to work with hundreds of pastors who would then run children’s camps in their churches? CCI prefers to work for the indigenous pastors that are already there. There is already an established church. By taking the same amount of money for one missionary and working with a much bigger organization (the Church) we can multiply the effectiveness. The universal church is already there—the largest potential pool of volunteers in the world.”

D. L. Moody "Blessed are the money raisers, for in heaven they shall stand next to the martyrs."

Ray "Each time you ask for money for even the greatest of causes, you die a little each time.”

Anthony “There is plenty of food in India, but the people worship rats and cows. Tons of food is wasted each year because when the people see a cow or a rat in their rice paddy, they think, ‘Oh good, our god is having a nice lunch.’ Not thinking that animal is eating food that should be for them. Knowing that Jesus is the Way, the Truth, and the Life, sets you free. Then you can chase that cow out of the rice paddy. India has more cattle than all of North America, but she is starving because of false worship. Jesus is the solution to every problem. He is the Living Water, the Bread of Life.”

Ray speaking to the Visiting Canadian team to India 2010 “There is a leadership exercise for team development for camp staff that I’ve used in the past. No one comes to camp to sit around. Everyone has a part to play. Everyone must be actively involved. The moment someone is missing, it becomes harder for everyone else.

A group of 20 or 30 people carries a hydro pole that weighs about 100 pounds through some track. The moment someone starts to slack off, we ask them to sit on the pole. In the beginning it’s just a joke. People are laughing. But when 5 or 6 people are sitting on the pole it gets harder. The joke is over. The people sitting on the pole realize they have become a part of the burden the others must carry.

During debriefing, those who sat on the pole are often in tears. They were not carrying the burden.

What we like to see is every young person equipped to further God’s Kingdom. We want to make kingdom builders. What impact we will play in that, we don’t know. But if we could only envision what that would look like, if everyone would take up the task of kingdom building.”
Posted by Christine Lindsay at 1:36 PM