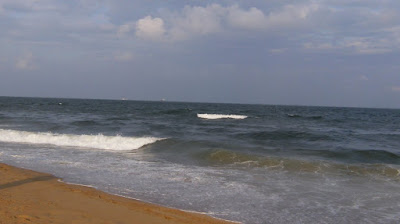 Life isn’t easy. Even for people who are closely yoked to Christ, life isn’t easy. If it’s not us, it’s someone else whose struggles feel like a riptide has snatched them from the safe shore and is carrying them off.

The 2004 tsunami hit a lot of coastlines, India being one. The earthquake that started that killing wave had the energy of 23,000 atomic bombs. The wave—insignificant at first—roared out with centrifugal force at the speed of a jet plane until it escalated into something monstrous when it neared land. People, human beings, didn’t have a chance.

Five years after the tsunami some of our visiting team sat out on a hotel veranda overlooking the Bay of Bengal. The sun shone. Soft breezes played like silk in the air. The scent of tropical flowers teased our senses. Part of our team was involved in a meeting. They had bibles open on their laps, and at times they bowed together in prayer. Anyone walking in the hotel courtyard below, or standing on another veranda could see them.

An Indian lady climbed the stairs to the team’s veranda and asked to speak to them. She could see that they were Christians and wanted to tell her story.

She had seen firsthand what the tsunami did that December day. All her life she had been a Catholic Christian, but when she saw the devastation and the staggering numbers of the dead, she raised her eyes to heaven and asked what we all ask. Why?

There had to be answers, yet the local clergy had none. Nor did her husband have answers to this horrible question of devastation and loss.

Just after the catastrophe, this lady had picked up her Bible and began to read. She began to pour out her heart in honest prayer. Slowly, she realized God did not answer her question as to why He allowed the disaster. What she did find was a God calling her to a deeper relationship with Him. All her life, she had thought she knew the One who hung on that cross for her sins. But in reading her bible, for the first time she realized it was a personal letter to her from God. A lot of people died the day of the tsunami, but from that day God called her to a newer walk with Him. He comforted her with His own presence.

She told her husband about her new relationship with Christ based on nothing but faith in what Christ had done on the cross. But her husband wanted nothing to do with this Jesus. He believed the prosperity of his business was tied up with the way he had always worshipped. He certainly didn't want to follow this Jesus who demanded everything from His followers and who did not guarantee a life of wealth and ease on this earth. The husband ordered his wife to stop reading her bible and praying. She didn't. To this day she continues to worship the Jesus of the Bible in secret with a few others who also must hide their faith.

Everyone I know has some kind of pain in their lives. We are either hurting with sickness or someone we love is. We struggle with the loss of a loved one or the lack of a loved one. We often don’t know which road to take in life. God seems to call us in a certain direction, we take a step of faith . . . and yet the expected outcome falls far short.

Is God in any of this? Was He in the tsunami?

When my life becomes chaotic with struggle, worries, and my thoughts swirl with confusion,words to an old hymn stream into my mind.

When peace, like a river, attendeth my way, When sorrows like sea billows roll; Whatever my lot, Thou has taught me to say, It is well, it is well, with my soul.

Though Satan should buffet, though trials should come, Let this blest assurance control, That Christ has regarded my helpless estate, And hath shed His own blood for my soul. It is well, it is well, with my soul. 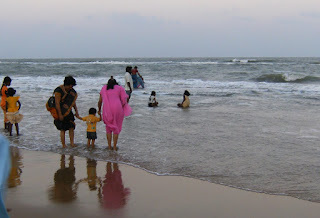 Take comfort in these selected thoughts. “Then the Lord answered Job out of the whirlwind . . . "Who enclosed the sea with doors? When bursting forth, it went out. . . . I placed boundaries on it . . . I said, 'Thus far you shall come, but no farther. Here shall your waves stop'. He makes the depths boil like a pot; He makes the sea like a jar of ointment.

Behind Him he makes a wake to shine.”
Posted by Christine Lindsay at 9:01 AM