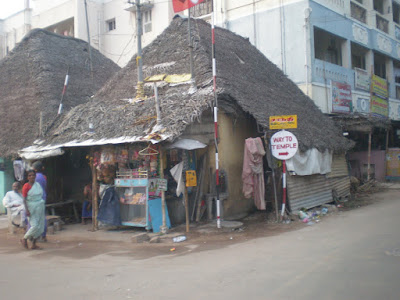 Last week I shared about our first visit to a Hindu temple. Moses, the accountant on staff for the India Bible Camp Ministries, was one of our guides through the sprawling edifice. Though we hushed our voices, they still echoed against the stone walls and pillars. Just at the threshold to the inner temple we were stopped by a notice painted on the floor, "Only Hindus Past This Point." 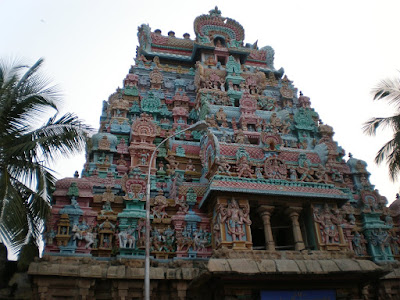 When the Hindu priest rushed over to us, worried that we would enter, it was Moses who assured the indignant man that we had no intention of intruding. At one time Moses would have been one of the devotees to this temple.

Moses was born a Hindu and his parents gave him the name, Morhar. For generations Mohar's family has run a lucrative business in artificial diamonds and gems. As a young man Morhar used to drive his motor scooter to this temple several times a week. Here he would religiously pay for pujas to be performed for various gods and goddesses. Those pujas could be a small sacrifice of flowers or food burned in a brass plate. Or quite often he would pay for the more expensive pujas to the gods, like the sacrifice of expensive ghee.

A few years ago Morhar heard a woman in his neighborhood talking about Jesus. Not much later he came to believe that Jesus was the living God he was looking for. But Mohar's family were outraged at his exclusive faith in Christ.

They shouted, "We do not mind you adding this Jesus to our Hindu gods. But do not reject Lord Brahma or Vishnu, or any of our other Hindu gods. You will bring curses down upon us and on our business."

Angry and broken-hearted, Morhar's family cast him from their home and entire family. Even the area around the family business became off-limits to him.

As a Christian outcaste, Morhar changed his name to Moses. His birth name clearly meant that he was a Hindu, and he was no longer that. His new name, Moses, means Deliverer, God had delivered him from hopelessness. Moses had assurance of eternal life with Christ. But how was he to eat? What was he to do with his life?

Not long after, Moses met up with other Christians in Tamil Nadu and came under the mentorship of Pastor Prasad Devasitham. It was Pastor Prasad who introduced Moses to India Bible Camps. With Moses’s background in accounting, he was just the man Antony Samy was looking for and Moses joined the staff of IBCM.

These days Moses scrupulously records every rupee and receipt that enables IBCM to operate. He's the man who reports to Antony the cost for every chocolate, or biscuit, or book, right up to the rental costs of facilities for the children's and youth ministries. Thousands of rupees run through Moses's fingers each day as he works from early morning to late at night.

One of the ladies on our visiting team was a woman with a career in commerce. Caroline was more interested in looking at the books and accounting files than the rest of us. During our visit to the IBCM office earlier that afternoon, Caroline had a long chat with Moses. He was pleased and proud to open and show her the books. Caroline told me later, that in all her years in accounting, she'd never seen such exceptionally accurate bookkeeping.

As we finish our visit to the temple that evening I notice that Moses eyes hold a deep sadness. It bothers him that so many of his people either don’t know about Christ or reject His message. I think I also see traces of the pain in Moses that his family want nothing to do with him. I'm sure he misses them. I'm sure he prays for their salvation in Christ daily. Yet in his proud and sensitive face I see joy in the brotherly relationship he has with the rest of the IBCM staff. I also take joy that Moses is my brother in Christ. Moses has lost his earthly family, but Christ has replaced it with His own. 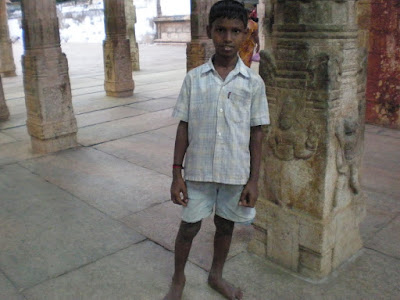 With a gentle Indian waggle to his head, Moses smiles. "Before when I was a Hindu, I was very rich. But I had no peace. Now I follow Jesus. I am poor in personal money, but I have great peace." 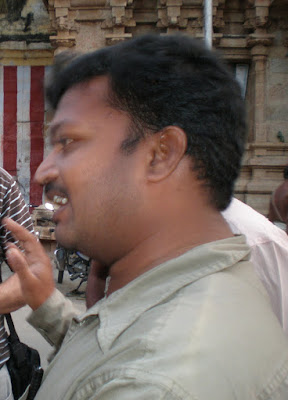 Luke 18:29 Jesus said, "Truly I say to you, there is no one who has left house or wife or brothers or parents or children, for the sake of the kingdom of God, who will not receive many times as much at this time and in the age to come, eternal life."
Posted by Christine Lindsay at 2:12 PM