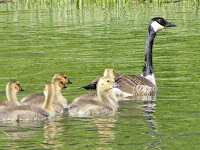 I suppose I should start a countdown as of today—6 more sleeps and I’m on the plane flying to the other side of the world to start the ‘dream writing assignment of a lifetime’.

Only God could tie up my desire to write with my fascination with India. It’s the fulfillment of my heart’s desire. Yet at the same time I find the Lord is intentionally breaking my heart.

In our church we often sing that popular song put out by Hillsong 'Break my heart for what breaks Yours'. Each time I sing that song I really try to mean it, hoping the words coming out of my mouth are a prayer. The Lord is answering that prayer, but I believe He is just starting to show me what breaks His heart.

While preparing for this trip and writing assignment I am transcribing various stories from interviews from the staff at Children’s Camps International into a rough outline for the book. While doing that I’ve often had to wipe the tears away. What Christians in other parts of the world have to contend with puts me as a North American Christian to shame. There are Christians in the Middle East, Korea, Nepal, and many other places in the world who are dying for their faith. And there are others who live in abject poverty.

One of those stories that will go into the book is of young Pastor Antony and two other pastors sitting Indian style on the concrete floor of their small church in Budalur. These 3 men would spend hours, days, weeks, years, fasting and praying the Lord would show them how to reach the youth of India for Christ.

At one time they came up with the idea of writing letters to 50 world-wide organizations asking for funding to help them make their vision a reality. In order to save a penny on the stamps for each letter they planned to take the letters by bicycle to another village about 6 kilometres away and mail them from there. On the way to that other village the chain on their bicycle broke. The money they had hoped to save on the letters was lost on buying a new chain. In addition, those 50 letters to world organization brought no help whatsoever. Undaunted, they kept on praying.

And Heaven heard, because they were praying for matters that lie closest to God’s heart—the salvation of His children. These Indian pastors had the message that Jesus is the Way, the Truth and the Life, but they needed resources in order to gain the interest of their children. They needed people to share certain skills with them on how to reach the minds of their youth.

The Lord took their desire, their ideas and spun it into a ministry that none of them could ever have envisioned. God sent Antony Samy from the south of India on a circuitous route to the small, obscure hamlet of Winkler, Manitoba, Canada. We’re not talking New York or Denver Colorado. Winkler has a population of about 10,000. Small potatoes. Ordinary people.

I can almost hear Nathanael and Philip talking about Jesus, and Nathanael saying, “Nazareth? Can any good thing come out of Nazareth?” And Philip says (probably with a knowing grin), “Come and see.”

Or a few years ago one could ask, "Can any good thing come out of a tiny village in India called Budalur or a children's camp in an obscure place as Winkler, Manitoba?"

Yet through that meeting of people in the summer of 2003, a meeting of east and western culture, of the southern hemisphere meeting the northern, God brought about something that would meet the needs of what was on His heart. India Bible Camp Ministry and Children’s Camps International were born.

That was more than 7 years ago. Since then God has empowered those Indian pastors through the ministry of children’s camps to bring thousands of young souls to Christ. Those young campers have then gone home to tell their Hindu families of what they are learning about the true and living God.

In listening to their stories I’m overwhelmed with the desire to tell their story so that thousands more of Indian, Cambodian, Nepalese and so many others will come to Christ. Then an image of a young North American face comes into my mind, and my heart breaks again.

It was over the Christmas holidays. I had some young guests. Each time these young guests stay at our home we would take them to church with us, in the hope that they’d hear the truth about Christ and believe in Him. Year after year when they were little they’d come willingly. But this past year they’ve reached their teens, and I started to see a difference in them. Good differences in many ways. They’re learning to become individuals. But along with their growing up has come an aversion to the Christian faith. Like all North American children they are more interested in expensive electronic games, clothing and gadgets.

On Sunday morning as my family was ready to go to church, the young girl who was visiting us dilly-dallied so much, we were going to be late. She was dressed, but came into the kitchen and said that she hadn’t eaten yet.

Sadness squeezed at my heart. I sensed in my spirit she had procrastinated on purpose. I asked her, “Do you want to go to church with us?”

She looked at me with wide eyes, a small tight mouth and shook her head, no.

That sadness gripped my heart tighter. What should I do? Manipulate her? Cajole her? Quickly make her breakfast then rush her off to church? But I felt in my spirit that was not the way to win her heart for Christ. Like the pastors in India I needed another way to reach my young houseguest.

We left our young girl at home that Sunday, our hearts heavy . . . and yet hopeful. Perhaps in the weeks and months ahead if I open up my heart to God’s inspiration He’ll show me how to capture the interest of this young North American youth.
Posted by Christine Lindsay at 12:35 PM