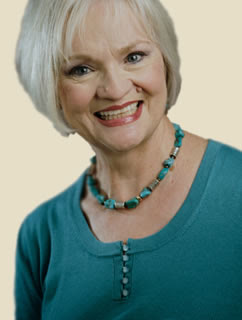 Are there any coincidences? I don't believe so. But coincidentally, Golden Keyes Parsons just posted an interview of me on Golden Keyes Parsons Blog yesterday, while I am interviewing her on my blog today. I chose to interview Golden now, because her second novel 'The Prisoner of Versailles' has just been released this month, as well as the fact that her first novel 'In the Shadow of the Sun King' was a finalist for the 2009 ACFW Book of the Year. I really hope you'll read the following review and interview, and better yet, buy Golden's novel.

I also hope you'll read more about this gifted author on her own website Golden Keyes Parsons. But let me say a few words about 'The Prisoner of Versailles' before I let Golden tell you about her journey to become a writer, how she beat two bouts of cancer, her darkest hour, and so much more.

There’s a scene in ‘Prisoner’ that I believe conveys the pace and mood of this novel. “. . . silently through the crisp dawn air. A slight yellow haze hung in the eastern sky, tingeing the chateau in increasing shimmers of gold. The dim figure of Commander Boveé merged with that of two horses in a bizarre silhouette in front of the stables in the early morning light. The horses pawed at the sticky, muddy ground . . .

In ‘Prisoner of Versailles’ Golden swept me away on a wild gallop from the very first page. I didn’t think it possible for her to best even herself and her first novel, but this second in Golden’s ‘Darkness to Light series’ is even more adventurous and riveting. The reader follows Madeleine Clavell and her children on a path strewn with ever increasing difficulties—from the safety of Switzerland back to the decadent danger of Versailles and to the damp dungeons of the Bastille. King Louis, The Sun King, seeks out, captures his former lover, Madeleine, and tries to steal the loyalty of her eldest son, Philippe, whom Louis is convinced is his son.

Golden uses her vast history of France to deftly weave a totally believable tale using all that is great about French history and fiction—Musketeers, dragoons, courtiers, King Louis’ own mistresses, and even the ‘man in the iron mask’. While being thoroughly entertained, we learn about the persecution of Huguenot Christians in that time period. Again, Bravo, Golden. I am so proud of you.

And now, my interview of this humble and gifted author:

Golden Keyes Parsons: Thanks for having me, Christine. Would a glass of iced tea do?

CL: Tell us a little about yourself, where you live, your family.

GKP: My husband and I are "retired" pastors. We live in Waco, TX, near two of our daughters and 7 of our 8 grandchildren. Our oldest grandson and his wife live up near Ft. Worth, and our youngest daughter and her
husband live in Dallas. We are a close-knit family and get together often. It's a mob when the whole clan is here, but I love it!

CL: What do you like to do for fun?

GKP: We love going to sporting events of our alma mater, Baylor University. We buy season tickets for the Lady Bears basketball team, and attend all the football games we can. And many weekends are spent watching grandsons play football and baseball. Our nine-year-old grandson just played in the Select Ball World Series and made the All-Tournament team as pitcher. Can you say "proud grandparents?"

CL: How did you come to write novels, especially this series, which I loved in your first book, "In the Shadow of the Sun King"?

GKP: This was my first novel. The second one, "A Prisoner Of Versailles," released from the warehouse week before last. The series is based on my family genealogy concerning the persecution of the French Huguenots in 17th century France. I wanted to tell their story. I started out in non-fiction, and honestly, possessed a rather elitist attitude toward fiction writers. After all, sniff-sniff, those are just made-up stories. But then I took a fiction class at the Glorieta Christian Writers Conference, and realized that I could get my point across better, in a more palatable fashion, telling a story. Jesus made his points that way, didn't he? Perhaps someone would pick up a novel who would never read a Christian non-fiction book. The fiction bug bit me, and I don't want to write anything but fiction now. By the way, I find fiction much more difficult than non-fiction to write well.

CL: This next question is dear to my heart; Did you ever doubt your call to write; ever feel like giving up?

GKP: Only every other week. All writers seem to struggle with an inner voice that whispers things like: Who do you think you are? A call to write? You've got to be kidding. If your stuff were any good, wouldn't someone pick it up? How many years have you been trying?

And, it doesn't necessarily stop once one is published. Then, it's: Why is hers a best seller, and yours isn't? What if your publisher lets you go after you fulfill your contract? What if you get fired? What if the sequels aren't as good as the first one?

So, yeah, I've doubted my call to write and felt like giving up. But I have to come back to center and literally pray through it. I have to put a stake down and trust God, that my times are in his hands, and he knows best.

I have a quote on my desk that says, "A professional writer is an amateur who didn't quit!" And I don't intend to quit until God tells me to.

CL: Tell us about your awareness of the Lord in your normal writing day.

GKP: My prayer is, "Write through me. Help me write better than I know how."
When I get stuck, I ask the Lord to show me what to do. I'm praying constantly as I write, especially when I come to a spiritual part of the story. But to be gut-level honest, sometimes I'm so engrossed in the story, that I'm not praying conciously. Even though sometimes the Lord is not uppermost in my mind, I think he is still guiding my hands and my thoughts. I believe his grace is more than we can even begin to understand, and he overshadows any shortcomings on my part. I'm so glad that his dealings with me are not based on my performance, aren't you?

CL: Oh my goodness, yes. How did you first come to believe in Christ and His promises for your future?

GKP: That seems to be two questions to me. I first believed in Jesus for salvation when I was 14 years old. My believing in him for the future has been a growth process. I still struggle with it at times when everything around me seems to shout the opposite than what I believe I've heard from God. But he has been so faithful in the past. Why should it be any different in the future?

CL: I've heard you mention you've had two bouts of cancer. Would you tell us about that? Would that have been your darkest hour? If not, what was your darkest hour, and how did God bring you through it?

GKP: Oh, wow. This may be a long answer. Interestingly enough, my two bouts with cancer were not my darkest hours. I had ovarian cancer in 2000 and breast cancer in 2007. Both were discovered in Stage One and had not spread. However, the ovarian tumors were very large, and one broke as it was being removed and the fluid spilled into my abdominal cavity. So, I had to do chemo. But I did well through that. I didn't like knowing all those chemicals were in my body, but I was still working, speaking and writing during that time.

With the breast cancer, we believed that God directed us NOT to do chemo, although my oncologist advised me to do so. I did radiation; took a year of herceptin treatment -- a new treatment which is a gene that fights the growth of cancer cells; and am still taking oral medication. I am doing great and feel good.

When I woke up from the ovarian cancer surgery and learned that the tumors were malignant, the peace of God absolutely overwhelmed me, and I simply turned over and went back to sleep. His grace truly was sufficient.

My darkest hour had to do with when an elder in our church came against me and nearly destroyed our ministry and our marriage. God brought Psalm 35 to me and told me what I needed to do -- basically that was to praise him in the congregation and forgive.

It's much too long a story to go into here, but it's truly not what happens to us during this journey in life, it's how we choose to respond. Are we going to respond with bitterness and anger, or with love and forgiveness?

CL: What message do you hope your readers will come away with after reading your novels?

GKP: God is faithful. You can trust him.

CL: Tell us what your most audacious prayer was.

Great questions, Christine; I realy had to think. And thank you so much for interviewing me today. You are a sweet friend.

Christine again: Below is the book cover for 'Prisoner of Versailles' and a link to Christian Book Stores where you can purchase it if you can't find it in your local bookstore. And also below is the cover for Golden's first book in this series 'In the Shadow of the Sun King'. 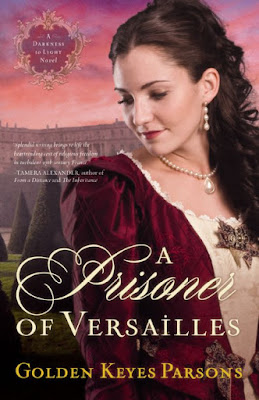 Posted by Christine Lindsay at 8:43 AM