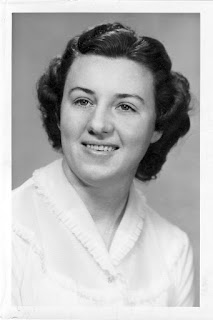 Last Sunday I introduced you to my good friend, Rosella. Today her story continues in what I call, "The Making of a Missionary."

Next week I will post a book review on an exciting book coming out, but Rosella's story will continue the Sunday after that. I hope her story encourages you in your walk of faith as much as it does me.


OKAY, LORD, WHAT NEXT? by Rosella Pettigrew

Our time on the Reserve was almost over but we had promised to return for a summer vacation Bible school. Esther decided to remain in Saskatoon a little longer until it was time for us to return to the reserves. Jeanne and I continued on to Regina to make preparations for VBS.

But the Nelsons who prayed for us faithfully got in touch with us with some disturbing news. Some of the summer students had attended the Regina Exhibition and given out some Christian literature. We could in those days. They met up with Eddy Windchild and his friends—who were drunk. Eddy recognized the students, but then to the student's shock, Eddy attacked them and broke their glasses. The police nabbed Eddy and charged him with assault, and he found himself back in prison. What a huge disappointment for all.

Many of our friends didn’t want us to return to the reserve, but Jeanne and I felt we needed to go, and the sooner the better. A ride was arranged to take us. We gathered our supplies and went out there, not knowing what to expect. Would the people on the reserve welcome us with what had just happened to Eddy? But we felt we were doing the right thing.

On arrival we found Eddy’s parents sitting on the front step of the Community Hall, looking absolutely dejected. We sat on the steps with them, loved them, comforted them, and prayed for them and Eddy. We tried to explain that God had not forsaken them or Eddy, that He would continue to work in their son’s life.

Back on the reserve, we found a lot of people had elevated Eddy and perhaps put more trust in him than in the Lord. As we approached one of the homes, the man of the house came out with a shotgun and ordered us off the property, claiming we had deceived them, and wanted nothing to do with us. A few families knew we weren’t to blame and they came for Bible studies. But the majority it seemed had turned against us. In spite of this major setback we decided to go ahead with Vacation Bible School. Nine young girls came out for it.

They were fabulous; very bright and learned so quickly. As the end of the week approached, we talked with the girls about a closing program. They were excited and said they would make invitations and deliver them to the community. Imagine our amazement when 75 people came for the closing program. Jeanne, Esther and I looked at each other in amazement. Our faith had been too small. That evening the three of us stepped back and watched the girls. They presented to the people what we had taught them that week from the Bible—that Jesus said, He is the Way of salvation. The girls did it so well and even asked and received audience participation.

In the end, the people didn’t want us to leave but thanked us for the time we spent with them to teach them God’s truth and love for them.

But what did God want us to do next? We had finished our assignments on the reserve, and since we weren’t going on tour we found ourselves at loose ends. But not for long.

One of our former teachers who had taught church history in Bible College asked us to go to Griffin, Saskatchewan—a small prairie town. She was to be the first speaker for 3 days at a week of meetings focused on Missions. Then Ernie Harrison, a missionary with Sudan Interior Mission (SIM) who had spent 4 years in Nigeria, W. Africa, would be participating. Was this trip part of God’s plan for each of us? Looking back all these decades, it’s clear to see. He was preparing us for a life changing experience.

The Lord used Ernie to cause us to be honest with ourselves. Did we really mean the words we were singing? “I’ll go where You want me to go, dear Lord?” for instance. And the challenge in Roman’s 10, “Anyone who calls upon the name of the Lord will be saved.”

What excuse did I have for not obeying this call and going? None. I had always been interested in missions. But when I thought of the overwhelming commitment involved, I became hesitant.

The prophet, Jeremiah, had excuses too. The Lord said to him, “I knew you before you were formed within your mother’s womb; before you were born I sanctified you and appointed you as my spokesman to the world.”

“Don’t say that,” The Lord replied, “For you will go wherever I send you and speak whatever I tell you to. And don’t be afraid of the people, for I, the Lord, will be with you and see you through.”

It sounded like a command with a promise back then, and it still does. Jeremiah obeyed the Lord, and so did I. I wanted to do His will for my life. Now I needed to tell my parents about that commitment. How would they take this news?

When I telephone them, Mother answered the phone with the most amazing reaction to my news.

“I knew. I knew,” she said, “The Lord told me and also showed me where you would serve Him.”
Posted by Christine Lindsay at 9:21 AM