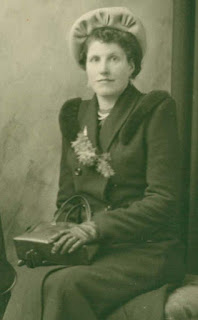 The following is my grandmother’s story of her faith in Christ. She wrote it out and copied it for her children and grandchildren not long before her death. I have changed a word here and there, or repeated a refrain of her heart for clarification only. Her 15 grandkids called her Nanny, and we all adored her, as well as her own 5 children. She was a special lady; she listened to you no matter how young you were, she was so easy to talk to, stimulating you to higher thought. She never had any formal education like her brother and sister, which was a shame, because she had such a quick, intelligent mind. Her secret desire was to be a doctor. After my mother and father’s immigration from Ireland to Canada I only knew Nanny through letters and a few visits. It broke my young heart to be so far from her, but I know that my propensity toward writing began through the letters between my grandmother and I. It was in those letters that I learned how to share my heart and soul on paper, and so did she.

I never at any time publically stood and gave my testimony of how the Lord saved me, so now I have decided to put it into writing.

Fom a very early age I knew that except a person ‘be born again’ they cannot enter the Kingdom of Heaven. But it was at the age of 16 years old, at a week-long Gospel mission near my home that I attended every night, even attending the children’s meeting before the regular service began, that this became real for me. At the end of that mission week, I accepted the Lord Jesus Christ into my heart, and from that time on, I thought . . . that was it.

The years passed; I got married, had 5 children and we all attended the Church of Ireland on a regular basis. My husband and I sent the children to Sunday School. They were all christened and confirmed, just as my husband and I had been. Time went on and then in 1956 I became ill and started to see the doctor for several months.

In January 1957 I was admitted to Whiteabby Hospital in Belfast, but it took the doctors a long time to get to the bottom of my sickness. At first they thought it was tuberculosis, but later diagnosed it as the lung disease, sarcoidosis.

At this time my youngest child was only 6 years old, and I was in hospital for 9 months, and then back again in 1958 for another 9 months even worse than I was the first time. I thought then that I would never see my family again, and I think they all believed so too.

As I lay on that hospital bed, so weak and sick, I began to wonder where I had gone wrong. And I thought I had not done enough for the Lord over the years. I had accomplished so little. It was then I decided He had put me in that sickbed for some purpose, and I just brought it all to Him in prayer. I prayed day and night if it be His will, that He would heal me back to health and strength, and that I be spared to see my children grow. I felt so badly having to leave them for such a long time—nearly 2 years in all. But I left it all in the Lord’s hands, if it be His will. I had a very special prayer day and night, often including a few verses of a hymn;

After 26 years I can say the Lord answered all my prayers, and has kept me in His care ever since. I will go on trusting Him as long as I live or know how.

My family is all grown, and all married with children of their own. Some of them believe and are saved, and serving the Lord. I am still praying for all my loved ones that have yet to take that step, or have slipped away from their faith in Christ. My prayer will always be, if it be His will they will all be saved before it is too late.

I cling to Jesus’ promise, “I will never leave you, nor forsake you, and He that comes to me, I will in no way cast out.” I know that it is not His will that any should perish, but have eternal life with Him.

Jesus is coming again very soon. We do not know the day, or even the hour. So dear ones, you need to be ready to meet Him. Now is the day of the straight and narrow that leads to Glory, not the broad road to destruction. I do pray that all will accept Jesus as their own personal saviour. God gave us the privilege of making our own choice which way to go.

There is an old saying, ‘where there’s a will, there’s a way'. When there seems to be obstacles that keep me from achieving success—like so long ago in my hospital bed—I keep my mind firm in the knowledge that there is always a way. God is constantly with me as a source of light and strength, ready to help me find ways to accomplish my goals. With God’s help I have the determination and strength to keep on keeping on. I know that I cannot fail, God will see me through, and will enable me to have the courage and the stamina I need to succeed in this life.

I do not become discouraged, but stand firm in the faith, that I can reach my highest goal. God never fails me. I trust in His guidance, and know that as I put into action the divine ideas I receive from Him, I will be an achiever.

"He gave power to the faint, and to him who has no might, He increases their strength." Isaiah 40:29 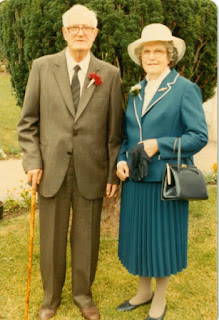 May His blessing be upon each one always,