THE STORY OF MY HEART-Guest Blogger, Crystal Laine Miller

Allow me to introduce Crystal Laine Miller. Crystal has been an incredible inspiration in my life, though we've never met in the flesh yet. A few years back, when I was seeking literary representation, my prospective agent asked Crystal to critique my work before they signed me on. So after the bio on Crystal for you fellow writers, please EVERYONE, read and be inspired by her own story--the story of Crystal's heart--her mother's story.

Crystal Miller has written parenting columns, book review columns, humor, fiction, as well as articles on writing and life. A book reviewer who has amassed over 800 published reviews, and a professional manuscript reader/critiquer for authors, editors and agents. Miller has read much of the Christian fiction coming out into the market today, and has worked with many authors to bring them to publication as a professional book doctor. She's also been a judge in both unpublished writing contests and published book contests. She’s been featured in interviews as a professional reader in such publications as Christian Communicator. Her delight is bringing the written word to publication. 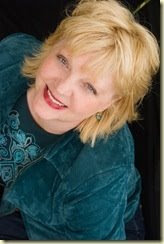 The Story of My heart: by Crystal Laine Miller

You get old and you realize there are no answers, just stories." — Garrison Keillor

My mother had a very difficult time carrying a baby to term. In the 1950s she conceived and lost five babies, some going into the second trimester before she lost them. The last baby she mourned so much, she wouldn't go to surgery to have the D&C to let go of a baby who had died. She waited a week, before they could convince her that this baby was dead and for her own health, she needed to "let go."

Then, she got pregnant with me.

I have no idea why I was the baby chosen by God to go to full term(and why I’m still here.) These are the mysteries in life that we cannot answer. Her doctor gave her a drug which at the time was believed to keep mothers from miscarrying. Diethylstilbestrol">DES was taken during the first trimester to preserve a pregnancy, but because she had such problems and had lost babies in the second trimester, she took this drug into the third trimester when pregnant with me. I was delivered in December in the late 1950s, exactly two weeks before Christmas, and she became a mother, her greatest desire. (Later she would learn that DES did not prevent miscarriages and perhaps would cause problems with my health--cancer, infertility or a malformed uterus, which alarmed her further. That's another story.)

Then, before I was a year old, she was diagnosed with tuberculosis and sent to a TB sanatorium in Ft. Wayne, Indiana. She remained there for three years, experiencing some of the worst surgeries (the best of the time) to rid her of that disease, or at least get it under control. I was sent to Tennessee to live with my grandparents, my dad's people. They did not believe she would recover. I was their daughter at that point, though they did continue to tell me about her, sending her photos of me that my teenaged aunt snapped and posed and letters to let my mother know how I lived without her. My mother made my grandmother, her mother-in-law (who was like a mother to her) promise to give me back to her when she came home from the hospital. A time or two my mother left the hospital on a weekend pass with my dad, and without doctor’s consent, came to see me in Tennessee. It gave her courage and faith to survive awhile longer.

Mom often said if she had known how painful it would be and how long it would last (including the separation from me) that she could not have stood it. But she took it one step at a time. She had her faith in God. She had a will to live of steel. She had her own mother as an example. My mother was five-years-old when she had lost her own mother to TB. She didn't want that happening to me. She wanted to see me grow up.

When she finally was able to come home, she only had one lobe of one lung remaining, was malformed and severely scarred on her back and chest because they had broken and collapsed her ribs on one side to fill the cavity where her lung had been. Eventually her heart would shift from one side to the other. She was weak physically, but determined and resolved mentally and spiritually. She was going to raise me as long as she had breath in her body. So, I came back to live with her, and she was like a stranger to me, except I knew she was the lady they (my grandparents, aunts and uncles) talked to me about all the time. (It was rough on all of us!)

Then, she got pregnant again.It was her seventh pregnancy after enduring the worst that her body could've endured. She had me back. She could raise me if she just took care of herself. And, her doctor without even a discussion, got on the phone while she was still in her exam gown to talk to the surgeon. At the time abortions could be performed if the mother's life was at stake. And he was scheduling her medical abortion to “save the mother’s life.” Except he did not count on the faith and resolve of one fiery Swedish/Norwegian descendent who had already walked through hell.

She got up off the exam table, got dressed, looked him in the eye and said, "I'm having this baby, too, even if it kills us." She already knew that in a fading heartbeat my grandparents would take me back if she did die, and she would risk it to carry this child.

So, she did. The doctor stood behind her choice, but fully expected her to die, along with the baby. He was a good man and a good doctor, but he was not God. On June 1, 1961 Ricky Alan Warren (not THAT Rick Warren, but a landscaper with a heart for God, too) was born to Lillian and Wilburn Warren by Caesarian section. She had an easier time carrying this baby than she did me. His much older sister (that would be me!) who had already been through plenty of trouble of her own, dragged him around, protecting him from one disaster after another.(Somehow he survived ME.)

Mom lived long enough to see and hold and cherish my four boys and Rick's two girls. She mourned when I lost a baby in a late first trimester miscarriage (my fourth of five pregnancies,) and when Rick's full term child died at birth. ( John Andrew Warren was Rick’s first of three children.) She was the best person I have ever known. I get my love of Jesus, my faith, my love of reading and of history, and probably my stubbornness from her. Oh, and my blonde hair. Since she was descended from Swedish and Norwegian immigrants, we were all very blonde and fair.

She died just shy of her 65th birthday, content and at peace, not in a hospital, but at home. She died in her chair after a long conversation with her younger brother, Don Pierson, the child whose mother had made the same choice as my mother did—to carry a child at risk, a mother who had tuberculosis. He later was a missionary and had children and grandchildren who told their own stories of faith. The women who are responsible for me being here are the ones who endowed me with strength, courage, conviction and faith—and that stubborn steel-rod will. I’m so blessed to know their stories and to continue that tradition with my own family.

One thing I have always sought is to learn the stories of people—whether from a writer or not.(That could be considered “nibby!”) I love the stories that people tell me, whether fiction (based in a lot of truth, I find) or true stories over a cup of coffee.

They are the thing that gives us a conviction and a faith. “Hang on,” they tell us. “Yes, it’s hard, but your fight and survival brings something to us all.” Courage. Faith.

Every person out there has a story and we tell our stories in a variety of ways. One mission that I've had is to help others bring their stories to publication. But this is my story that I carry in my own heart and that drives me in that mission. Choose to tell your stories and by doing so you bless us.This is Mom, Dad, and me.

Posted by Christine Lindsay at 1:25 PM